Tobias Harris net worth: Tobias Harris is an American professional basketball player who has a net worth of $30 million. Tobias Harris was born in Islip, New York in July 1992. He is a 6'9″ small forward and power forward who played at Half Hollows Hills West and Long Island Lutheran high schools where he was named Mr. New York Basketball, a McDonald's All-American, and a first-team Parade All-American in 2010.

Harris played his college basketball at Tennessee where he was named to the SEC All-Freshman Team and was selected as second-team All-SEC by the coaches in 2011. Tobias Harris was drafted #19 overall by the Charlotte Bobcats in the 2011 NBA Draft and was traded on draft night. He played for the Milwaukee Bucks from 2011 to 2013 and for the Orlando Magic from 2013 to 2016. Harris played for the Detroit Pistons from 2016 to 2018 and for the Los Angeles Clippers from 2018 to 2019 before signing with the Philadelphia 76ers in 2019. 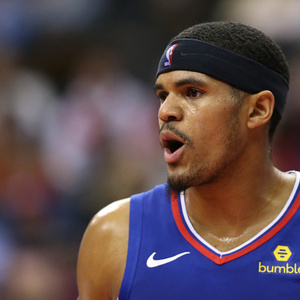