He was undrafted but signed a three year deal worth $9.7 million with the New York Knicks of the NBA in 2010. Mozgov played for the Knicks from 2010 to 2011 and was traded to the Denver Nuggets in the deal that sent Carmello Anthony to the Knicks in 2011. During the 2011 NBA lockout Mozgov rejoined the Khimki Moscow Region. In 2015 he was traded to the Cleveland Cavaliers where he won the Eastern Conference Championship. Mozgov has also represented Russia in international competition and won Bronze medals at the 2012 London Olympic Games and 2011 FIBA European Championship. 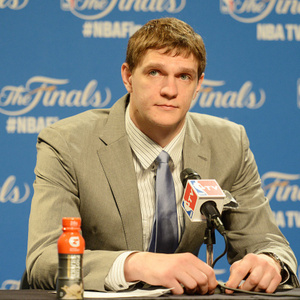