What is Tim Hardaway's Net Worth and Career Earnings?

Tim Hardaway is a former professional basketball player and coach who has a net worth of $25 million. Tim Hardaway played in the NBA for the Golden State Warriors, Miami Heat, Dallas Mavericks, Denver Nuggets, and Indiana Pacers. During his career, Tim earned $46 million in salary alone. Additionally, Hardaway played with the United States national basketball team at the 2000 Summer Olympics in Sydney, winning the gold medal.

His son Tim Hardaway Jr. is also an NBA player.

Tim Hardaway was born on September 1, 1966 in Chicago, Illinois. He went to Carver Area High School, a public four-year military high school on the city's south side.

For his higher education, Hardaway attended the University of Texas at El Paso, where he played basketball under head coach Don Haskins. With the UTEP Miners, he made it to NCAA tournaments in both 1988 and 1989. Additionally, Hardaway was twice named MVP of El Paso's Sun Bowl Invitational Tournament, and won the Frances Pomeroy Naismith Award as the best college player in the country with a maximum height of six feet. Notably, it was at UTEP that Hardaway developed his trademark crossover dribble move, which became dubbed the "UTEP two-step."

In the 1989 NBA draft, Hardaway was chosen as the 14th overall pick by the Golden State Warriors. On the team, he formed a high-scoring trio with fellow players Chris Mullin and Mitch Richmond, who collectively called themselves "Run TMC." In his second season, the Warriors made it to the playoffs, but ultimately fell to the Los Angeles Lakers. Hardaway continued his success in the 1991-92 season, posting a career-high average of 23.4 points per game. The following season, he averaged a career-high 10.6 assists per game. Unfortunately, a knee injury removed him from playing for the entirety of the 1993-94 season. Hardaway played through the middle of the 1995-96 season before being traded. Overall, with the Warriors, he made the NBA All-Star Game in three consecutive years, and became the second fastest NBA player to record 5,000 points and 2,500 assists. 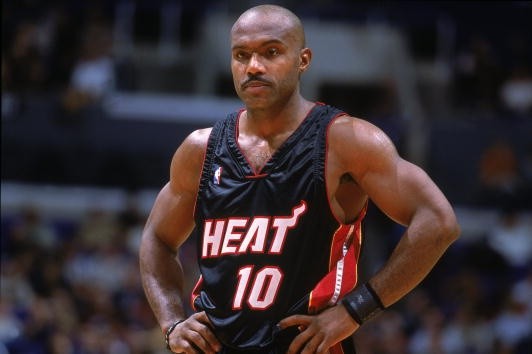 Traded to the Miami Heat midway through the 1995-96 season, Hardaway started 28 games and averaged 17.2 points per game. The team made it to the playoffs, but was swept in the first round by the Chicago Bulls. Hardaway had better success the next season, as he finished fourth in voting for the NBA MVP Award while the Heat posted a franchise record of 61 wins. In the playoffs, the team defeated the Orlando Magic, and then beat the New York Knicks in the semifinals before once again falling to the Chicago Bulls in the Eastern Conference Finals. The following season, Hardaway and the Heat won 55 games and the Atlantic Division, but fell to the Knicks in the first round of the playoffs. The 1998-99 season, shortened by a lockout, saw the Heat again losing to the Knicks in the playoffs; they did so once again the next season. For his final years with the Heat in 2000-01, Hardaway and the team won 50 games before being swept in the first round of the playoffs by the Charlotte Hornets.

With his playing skills on the decline, Hardaway was traded to the Dallas Mavericks in August of 2001. However, he was rarely utilized, starting only two games out of 54. Midway through the season, he was traded to the Denver Nuggets, with which he started all 14 remaining games. Following this, in 2003, he signed a contract with the Indiana Pacers. In his first game with the team, Hardaway posted a season-high 14 points and seven assists. Following the season, he retired and became a basketball analyst on ESPN.

Beyond the NBA, Hardaway played on the United States men's basketball team at the 2000 Summer Olympics in Sydney. He recorded an average of 5.5 points per game en route to a gold medal victory over France.

In 2007, Hardaway drew backlash for making deeply homophobic remarks. In an interview on "The Dan Le Batard Show," he commented that he would try to keep a distance from a player he knew was gay; this was in reference to the recent coming out of former player John Amaechi. When he was called out for his homophobia, Hardaway doubled down, saying "You know I hate gay people, so I let it be known. I don't like gay people and I don't like to be around gay people. I am homophobic. I don't like it. It shouldn't be in the world or in the United States." Moreover, he asserted that he would try to get any gay teammates fired. Hardaway apologized for his comments later in the day, but was still removed from NBA All-Star Weekend activities and dismissed as the Chief Basketball Operations Advisor for Trinity Sports.

Hardaway has shown some small steps toward revising his homophobic ways. In 2013, he reportedly called Jason Collins, the first active openly gay male player in American professional sports, in support of his homosexuality. The same year, he was the symbolic first signer of a petition to allow for same-sex marriage in Florida.

With his wife Yolanda, Hardaway has a daughter named Nina and a son named Tim Jr. The latter child plays in the NBA for the Dallas Mavericks, and earlier played for the New York Knicks and Atlanta Hawks. 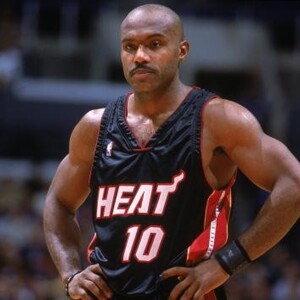