Tim Hardaway, Jr. Net Worth: Tim Hardaway, Jr. is an American professional basketball player who has a net worth of $30 million. As of this writing, Tim has earned around $60 million in NBA salary alone. In July 2013 he signed a four year deal worth $6.1 million with New York. In July 2017 he signed a four year $71 million deal with the Knicks. In 2018 he was traded to the Dallas Mavericks. By that point he was earning $18 million per year in base salary.

Tim Hardaway, Jr. was born in Miami, Florida in March 1992. Tim is the son of former NBA All-Star Tim Hardaway. Hardaway, Jr. is a 6'6″ shooting guard. He played his high school basketball for Palmer High School and Palmetto High School. He was ranked the 36th best shooting guard by Scout.com and the 28th best shooting guard by ESPN. Hardaway played at the University of Michigan from 2000 to 2013. He was named to the All-Big Ten Freshman Team in 2011, the All-Big Ten Third Team in 2012, and the All-Big Ten First Team in 2013. Hardaway was part of Team USA and played in the 2011 FIBA Under-19 World Championships. He was drafted #24 by the New York Knicks in the 2013 NBA Draft. During his first season Hardaway was named to the NBA All-Rookie First Team. He was also selected to practice with the USA Basketball National Select Team in 2014. 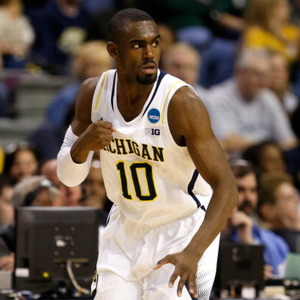