What is Tim Duncan's Net Worth and Career Earnings?

Tim Duncan is an American basketball coach and former professional basketball player who has a net worth of $130 million. At his peak, Tim was easily one of the highest paid basketball players in the NBA, earning $20+ million per season. In his career he earned more than $200 million on the court alone. He earned tens of millions more from endorsements.

Timothy Theodor Duncan, better known simply as Tim Duncan, was born on Saint Croix, U.S. Virgin Islands, on April 25, 1976. He was also raised in Saint Croix. His mother, Ione, is a professional midwife, and his father, William Duncan, is a mason. He is the youngest of four children, and has two older sisters and one older brother. His sister Cheryl was a champion swimmer before she became a nurse, and his sister Tricia swam for the U.S. Virgin Islands at the 1988 Summer Olympics in Seoul, South Korea.

Inspired by his sisters, Duncan initially aspired to be an Olympic-level swimmer. He was a teenage standout, and was training to qualify for the 1992 Olympic Games when Hurricane Hugo destroyed the only Olympic-sized swimming pool on the island in 1989. Duncan's fear of sharks prevented him from swimming in the open ocean, so he lost some of his enthusiasm for the sport. A second blow came when his mother passed away from breast cancer one day before his 14th birthday. His brother-in-law encouraged him to try out basketball instead, and he eventually became a standout player for the team at St. Dunstan's Episcopal High School.

Duncan was recruited by Wake Forest University basketball coach Dave Odom, and turned down scholarship offers from the University of Hartford, the University of Delaware, and Providence College to join the Wake Forest Demon Deacons. During his sophomore year of college (the 1994-95 NCAA season), Duncan was hailed as one of the best NBA prospects, but he was adamant about finishing his college education to honor his mother's wishes. Some of his achievements during his college basketball career include being name ACC Player of the Year twice, and NABC Defensive Player of the Year three times.

After graduating from college, Duncan entered the 1997 NBA draft. The San Antonio Spurs drafted him with the first draft pick. Right from the beginning, Duncan established a reputation as a high-caliber player; along with David Robinson, he became known one half of the defensive duo the "Twin Towers". In 1998, Robinson was voted into the NBA All-Star Game, living up to the high expectations set for him as the No. 1 draft pick. During his rookie season, he started in 82 regular-season games, and averaged 21.1 points, 11.9 rebounds, 2.7 assists, and 2.5 blocks per game. During his sophomore season with the Spurs, Duncan averaged 21.7 points, 11.4 rebounds, 2.4 assists, and 2.5 blocks, and made the All-NBA and All-Defense First Teams. That season, Duncan also helped the Spurs get to the Finals in the 1999 NBA Playoffs, where the team defeated the New York Knicks.

A meniscus injury lead to a disappointing performance from Duncan in his third and fourth seasons with the Spurs, but he rallied and made a comeback in the 2001-02 season, during which he was named the league's Most Valuable Player. After Robinson retired before the 2003-04 season, Duncan stepped into the role, and led the Spurs into the Western Conference Semifinals. In 2003 Duncan was also a member of the US Basketball Team that recorded 10 wins and qualified for the Olympics. He continued to maintain a high level of play, despite a few stumbles and setbacks, including a bout with plantar fasciitis and chronic knee tendinosis. From 2007 to 2013, the Spurs faced consistent disappointment at the playoffs each season. However, during the 2013-14 season, Duncan helped the Spurs beat the Miami Heat, landing him his fifth championship of his career. He is one of the few players, alongside John Salley, to win a championship in three different decades. He announced his retirement from playing in the NBA on July 11, 2016, after spending 19 seasons with the Spurs. 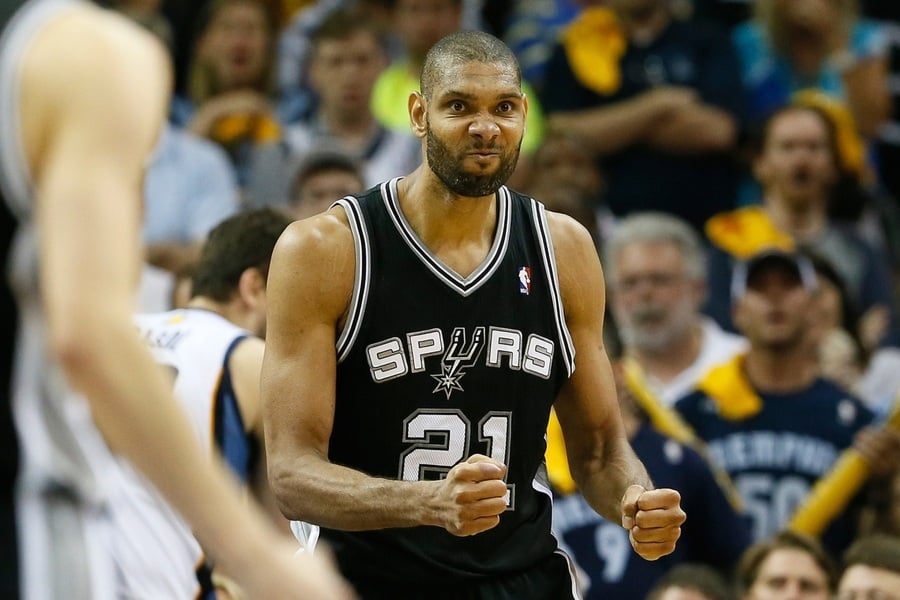 Post-retirement as a player, Duncan rejoined the San Antonio Spurs in July 22, 2019, this time as an assistant coach. He debuted as an acting head coach on March 3, 2020, and led the Spurs to a 104-103 win over the Charlotte Hornets.

Duncan established the Tim Duncan Foundation in 2001. It funds programs in San Antonio, Winston-Salem, and the United States Virgin Islands focused on health awareness, education, and youth sports. From 2001 to 2002, the Foundation actually helped to raise over $350,000 in funds that went towards breast and prostate cancer research. Duncan opened BlackJack Speed Shop, a vehicle customization shop, in 2013 in San Antonio, Texas. It is located near the San Antonio Spurs practice facility. In the aftermath of Hurricane Harvey, BlackJack Speed Shop partnered with the Tim Duncan Foundation to organize and donate supplies for victims of the disaster.

Duncan married Amy Sherrill in July 2001, and they divorced in August 2013. Together, they have two children. In 2017, Duncan welcomed a child with his longtime girlfriend Vanessa Macias. He has been honored several times in a "Tim Duncan Day" celebration, and honored with the Virgin Islands Medal of Honor.

In 2015, Duncan sued his former investment advisor, claiming he had suffered over $20 million in losses. In September 2016, a federal grand jury indicted the advisor on two counts of wire fraud related to Duncan's case, and in April 2017, the advisor pled guilty to wire fraud. They reached a settlement in June 2018, and Duncan received $7.5 million. 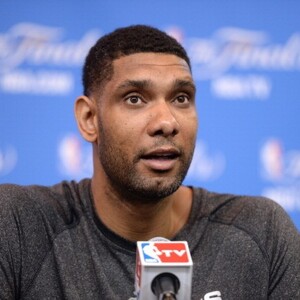