How much is Terrell Brandon Worth?

Terrell Brandon Net Worth: Terrell Brandon is a retired American professional basketball player who has a net worth of $24 million. Terrell Brandon was born in 1970 in Portland, Oregon, and played his college basketball close to home with the University of Oregon Ducks, where he earned Pac-12 Player of the Year honors. He played in Eugene until the Cleveland Cavaliers drafted him with the eleventh overall pick during the first round of the 1991 NBA Draft. Brandon played with Cleveland until 1997, and later joined the Milwaukee Bucks from 1997 until 1999, and the Minnesota Timberwolves from 1999 until 2002. The five-foot-eleven, 180-pound point guard was a two-time NBA All-Star back-to-back in 1996 and 1997. He won the league's Sportsmanship Award in 1997 as well. Brandon finished his career with 9,994 career points, 4,407 assists, and 1,142 steals. He appeared in close to 40 career playoff games with his best run coming 12 games deep with the Cavaliers during the 1991-92 season. Since his retirement, he has run the Terrell Brandon Barber Shop in his hometown. He has several fellow NBA players as clients. In 2008, Brandon made headlines when he and fellow professional football pro Anthony Newman fell victim to an extortion attempt. 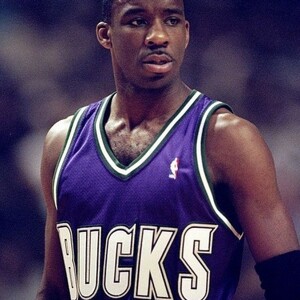