Tarence Kinsey is an American professional basketball player who has a net worth of $1.5 million. Tarence Kinsey has earned his net worth as a guard-forward for the Anadolu Efes S.K. and as a former member of the Cleveland Cavaliers and the Memphis Grizzlies of the NBA. He was born on March 21, 1984 in Tampa Florida; he played college basketball while attending the University of South Carolina. Tarence who stands 6'6 and weighs in at 189 lbs helped the Gamecocks to two straight NIT championships; he was eventually drafted into the NBA by the Memphis Grizzlies in the 2006-2007 season. While a player with the Grizzlies he averaged 19.4 points, 4.2 rebounds, 3.2 assists, 2.6 steals and shooting 53% as a starter of 12 games that season. Kinsey spent the preseason of 2007-2008 in Spain as part of the NBA Europe Live; he was released later that season by the Grizzlies every appearing in 11 games. He was then drafted by the Cleveland Cavaliers to a one-year contract on August 1, 2008. He was only a third-string player for the Cavaliers and suffered a sprained ankle during a game against Orlando. He signed a contract with his former team Fenerbahce Ulker on August 25, 2009, a member of the Turkish Basketball League, Euro league. Later in July of 2011 Tarence signed with Anadolu Efes S.K. for one season with the option for the second one. 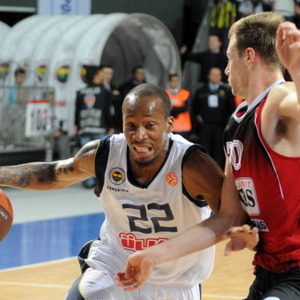