T.J. Ford Net Worth: T.J. Ford is a retired American professional basketball player who has a net worth of $18 million. Born in 1984 in Houston, Texas, T.J. Ford played high school and college basketball in his home state. Ford was a member of the University of Texas Longhorns' basketball program from 2001 until 2003.

Ford earned Big 12 Conference Freshman of the Year honors in 2002. A season later, he earned first-team All-Big 12 recognition. In 2003, Ford was named a consensus first-team All-American and went on to earn the Naismith College Player of the Year honor and the John Wooden Player of the Year Award. The Milwaukee Bucks later drafted Ford with the eighth overall pick during the first round of the 2003 NBA Draft. He made his debut with the Bucks later that year and played in Wisconsin until 2006. Ford then played with the Toronto Raptors from 2006 until 2008, the Indiana Pacers from 2008 until 2011, Croatia's KK Zagreb in 2011, and the San Antonio Spurs from 2011 until 2012. Ford retired after his final stint with the Spurs. Ford's lone NBA honor came in 2004 as he was named to the league's all-rookie second team. Ford, a six-foot tall, 165-pound point guard, finished his pro playing career with 4,797 points to go along with 1,331 rebounds and 2,495 assists. He averaged 11.2 points per game. Ford created the T.J. Ford Foundation in late 2004 to help give back to the Texas and Wisconsin communities. 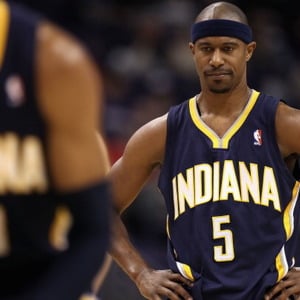