Steven Adams net worth and salary: Steven Adams is a New Zealand-born professional basketball player who has a net worth of $20 million. Steven Adams was born in Rotorua, New Zealand in July 1993. He is a 7'0″ center who played for Rotorua Lakes, Scots College, and Notre Dame Prep during high school.

Adams played his college basketball at Pittsburgh where he was named to the Big East All-Rookie Team. In 2011 he played for the Wellington Saints in New Zealand and won the NBL championship and was named NBL Rookie of the Year. Adams was drafted #12 by the Oklahoma City Thunder in the 2013 NBA Draft and has played for the Thunder since 2013. In 2014 he was named to the NBA All-Rookie Second Team. Between June 2017 and June 2018, Steven Adams made $24 million between salary and endorsements. That was enough to make him one of the 100 highest paid athletes on the planet. 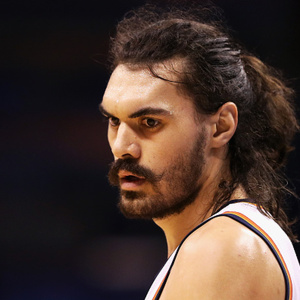