What is Steve Nash's Net Worth and Salary?

Steve Nash is a Canadian former professional basketball player and who has a net worth of $95 million. Currently, Nash is the head coach of the Brooklyn Nets. Steve is also a senior adviser to the Canadian national basketball team. His 18-season career in the NBA earned him various titles and accolades, including eight All-Star titles and two MVP titles.

Nash is considered one of the greatest point guards of all time, and he was once named as one of the most influential people in the world. Off the court, Steve is intimately involved with charity, and he started the Steve Nash Foundation as a vehicle for his philanthropic pursuits in 2001.

Stephen John Nash was born on February 7th of 1974 in Johannesburg, South Africa. By the time he was 18 months old, he had moved to Regina, Saskatchewan. Nash's family eventually settled in Victoria, British Columbia, and he was raised playing soccer and ice hockey. His father once played soccer professionally, and soccer was a major focus for Steve until the age of 12 or 13. At this point, he picked up a basketball for the first time and it soon became obvious that he was destined to play professionally.

During his high school days, Nash was named British Columbia's Player of the Year after leading his school to the British Columbia AAA provincial championship title. Despite this achievement, Nash was not recruited by any University until he won a basketball scholarship at Santa Clara University. He led the Broncos to a WCC Tournament title before gaining widespread attention for his excellent performances.

Nash began his career with the Pheonix Suns in 1996, but he didn't play much before being traded to the Dallas Mavericks in 1998. Once in Dallas, Nash started to develop a reputation as an incredible point guard. He linked up well with Dirk Nowitzki and directed the team's offense, quickly earning the title of NBA All-Star. After a run of good performances, Nash fell out of favor with the Mavericks and took advantage of a 6-year, $63-million contract offered by the Suns.

Steve returned to the Suns in 2004 and led a team that was built around smaller, athletic players. However, injuries started to catch up with Nash. Knee issues and back problems continued to hamper his performances, which were still amazing by all standards. In 2012, Steve Nash was traded to the Los Angeles Lakers. In his first season, he suffered a leg fracture and missed seven weeks of action. Later, a hip injury ruled him out for eight games. Hamstring issues then popped up, and in 2015 Nash retired after suffering from serious back injuries.

Steven Nash earned more and more as the years went by during his NBA career. By the end of his career in 2015, he was earning almost $10 million per year. Here's a year-by-year breakdown of his yearly earnings as a professional basketball player:

In 2001, Steve Nash started dating Alejandra Amarilla, and in 2005 they were married. Over the course of their relationship, the couple had two children together. In 2010, he publicly revealed that he and Amarilla had been living apart for the last few months, and were in the process of getting divorced.

In 2016, Nash became engaged to professional volleyball player Lilla Frederick. They married later that year and subsequently welcomed a child into the world in 2017. 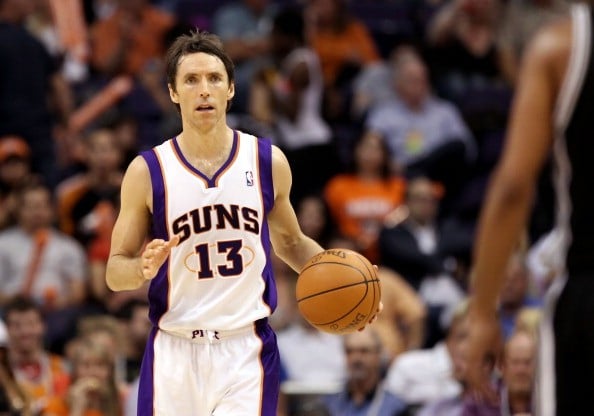 Steve Nash prefers to endorse brands with a good track record of ethical and sustainable practices. That being said, he has a long-standing partnership with Nike, a company with a history of questionable labor practices within countries like China.

Nash has stated that he could have played soccer professionally if he wanted to. He continues to be extremely active within the sport, and he has trained with the New York Red Bulls of Major League Soccer and Inter Milan. He also owns a stake in the Vancouver Whitecaps, another MLS team, and a substantial stake in the Spanish side RCD Mallorca.

In 2007, Nash and his business partners started the first Steven Nash Sports Club in downtown Vancouver. The facility cost $5 million to purchase. Since then, Steve Nash Sports Club has become a franchise with many other locations spread throughout British Columbia.

In 2014, it was reported that Steve Nash had purchased a property in Manhattan for $4.8 million. The 4,175-square-foot home is located just two blocks away from the beach, and many assumed that it would be his retirement home. According to reports from local real estate agents, Nash planned to immediately tear the property down and built an all-new, custom house on the land.

In 2017, Nash sold a property in Paradise Valley, Phoenix for $3.175 million. The home was obviously surplus to requirements, as Steve had not played for the Suns since 2012. The property took years to offload, and he first put it on the market in 2014. Three years later, he was finally able to find a buyer who was willing to pay the steep HOA fees of $730 per month. These types of fees are typical in affluent, gated communities such as Paradise Valley. 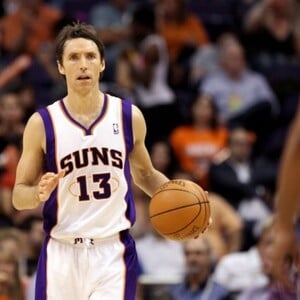