After his mother died from cancer he stopped playing basketball for two years. He took two unbeaten teams to the National Junior College Tournament, with San Jacinto College and the Allegany College of Maryland. In 1998 he transferred to the University of Maryland. Francis was selected to the All-ACC first team and All ACC Tournament team. Maryland advanced to the Sweet 16 and Francis was a finalist for both the Wooden and Naismith Player of the Year Awards. After forgoing his senior season Francis was the #2 pick in the 1999 NBA Draft by the Vancouver Grizzlies. He publically voiced his disapproval with the Grizzlies and was traded to the Houston Rockets. In his first NBA season he was co-Rookie of the Year and finished second in the Slam Dunk Contest. Over his career Francis also played for the Orlando Magic and New York Knicks. He was selected as an All-Star from 2002 to 2004. He signed with the Beijing Ducks of China in 2010 but only played in four games. Francis is an entrepreneur and has tried his hand with a construction company, boxing promotions, a clothing line called We R One, a barbershop, and a record label Mazerati Music. Frances is a sufferer of Ménière's disease, which counts among its symptoms such conditions as vertigo, tinnitus, and "aural fullness. When Barack Obama was elected president of the US in 2008, Frances was a big supporter, telling the press: "It's important that there is an African-American candidate running. I never thought I'd see the day that would happen.

Right now, we're at a pivotal point. It's a great feeling for me." 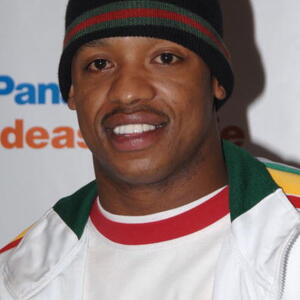