What is Stephon Marbury's Net Worth, Salary and Career Earnings?

Stephon Marbury is an American professional athlete who has a net worth of $40 million. Also known as "Starbury," Stephon Marbury is a former NBA All-Star whose NBA career lasted from 1996 to 2009. Following his time in the NBA, Marbury started playing in China before eventually becoming head coach of the Beijing Royal Fighters. He is a three-time CBA champion.

Stephon Xavier Marbury was born on February 20th of 1977 in Brooklyn, New York. Raised on Coney Island alongside six siblings, his basketball talents immediately became obvious. It was during his childhood that he earned the nickname "Starbury," and he excelled in his high school basketball team.

By the time he graduated, he was expected to join the ranks of the best point guards in NBA history. Marbury was recruited by the Georgia Tech Yellow Jackets and immediately became their new starting point guard. He spent one season with the team, reaching the NCAA Tournament semi-final and proving his worth.

Although Starbury was initially selected by the Milwaukee Bucks during the 1996 NBA Draft, he was quickly traded to the Minnesota Timberwolves. After his first season, he was named to the All-Rookie Team. However, Stepon grew tired of Minnesota for a number of reasons, and he demanded a trade. He got his wish in 1999 and was traded to the New Jersey Nets.

Finding his place, Starbury earned All-Star status and proved his potential with a number of key performances. However, just one year later he was traded to the Phoenix Suns after failing to make the playoffs with the Nets. During his time with the Suns, Stephon made the All-Star Team once again and reached the playoffs. However, he was traded once again – this time to the New York Knicks.

The move proved to be a lasting one, and Stephon laid down roots with the Knicks. However, his relationship with head coach Larry Brown soon soured. Combined with the Knicks' poor performances, this made Marbury an unpopular figure with the fans. Eventually, Brown was fired and replaced by Isiah Thomas, and the Knicks improved slightly.

However, Starbury would soon turn on his new coach as well, allegedly attempting to fight him and blackmail him after learning that he had been benched. The entire team suffered from the controversy, and the Knicks started to perform even more poorly. Due to Marbury's $42 million contract, it was difficult for the Knicks to get rid of him. Eventually, Isiah Thomas was the one who was fired – not Stephon Marbury.

When the Knicks signed Mike D'Antoni as their new head coach, he immediately looked for a replacement point guard. After D'Antoni signed Chris Duhon, Marbury was suddenly a back-up point guard. Out of frustration, Starbury refused to play for the Knicks when he was offered the chance to sub in for 35 minutes. This blatant unprofessionalism prompted the Knicks to completely ban Stephon from attending any future games or practices.

In 2009, the Knicks bought out Marbury's contract, making him a free agent. He then transferred to the Boston Celtics, where he ended his NBA career. Although Starbury was offered a one-year contract extension at the end of the season, he refused.

In 2010, he joined the Shanxi Zhongyu Brave Dragons of the Chinese Basketball Association. In his first year, he failed to help the Brave Dragons reach the playoffs, and he transferred to the Foshan Dralions after one season. After failing to reach the playoffs once again, Marbury moved to the Beijing Ducks. As a Beijing Duck, Marbury won the CBA Championship three times. He then joined the Beijing Fly Dragons for one season before officially ending his basketball career. In 2019, he became the new head coach of the Beijing Royal Fighters. 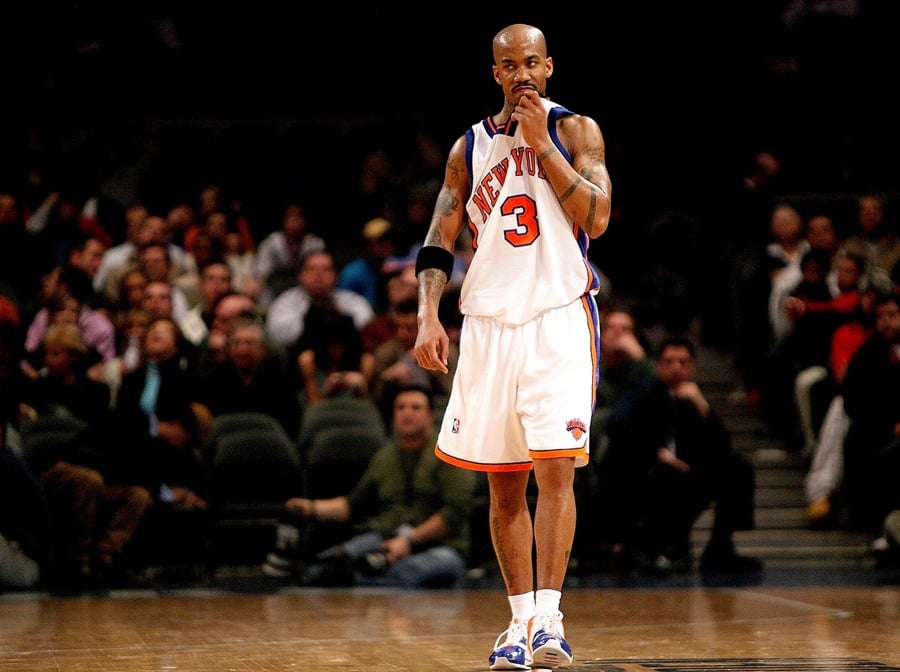 Stephon Marbury is famous for creating a shoe line that sold for under $15. These "Starbury" shoes were intended to provide low-income children with the chance to have fashionable basketball shoes.

During his NBA career, Stephon earned more than $150 million in salary before taxes and fees.

In 2011, Marbury was reportedly sued by Wachovia/Wells Fargo for $16 million. The story developed further in 2012, when he was sued for a further $3 million by Wachovia. This was the result of a shoddy real estate investment deal that Stephen was involved in. Allegedly, he personally guaranteed seven-figure loans related to the purchase and leasing of industrial real estate.

Some of these properties were leased to US government agencies, such as the Social Security Administration. In 2007, Wachovia lent $1.7 million to Starbury for a real estate purchase, only for the U.S. Bank to foreclose the property and sell it off for $1.3 million. The property was being used by the US Social Security Administration at the time. In 2011, Wachovia announced that they were still owed over $1 million by Marbury in unpaid interest and fees.

In 2006, Starbury fired his personal chef, Thurayyah Mitchell. Later, reports surfaced that he had been having an extramarital affair with his employee, and that he dismissed her because of the sexual harassment lawsuit that the entire Knicks organization was facing at the time. During the lawsuit, Marbury admitted to hooking up with a Knicks intern outside of a strip club in 2005.

In order to keep Mitchell quiet, Stephon allegedly offered her $1 million in a "hush deal," although it seems that she only ever received $600,000. When the payments stopped, she took Starbury to court for sexual harassment. She explained to the court that the NBA star told her that "making him happy" was part of her job description as a chef. 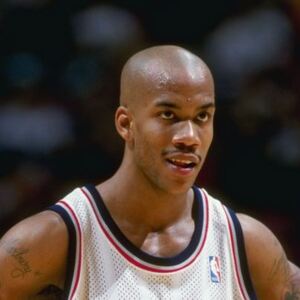