What is Stephen Curry Net Worth?

In his first few seasons in the NBA, Steph did not have any notable endorsement contracts, only earning around $3 million a year between NBA and endorsements. Today Steph is one of the highest-paid celebrities in the world. In a typical year he earns $50 million in NBA salary and another $30-40 million from endorsements, for a total of $80-90 million.

In his first decade in the NBA he earned around $130 million in salary and another $150 million from endorsements.

He has partnered with brands such as Under Armour, Nike, and TCL's line of "Palm" phones. In terms of the Palm device, Curry is a leading investor who is intimately involved with testing and development.

On July 1st of 2017, it was revealed that Steph Curry had signed a new deal with the Warriors. It was the most lucrative contract in NBA history, at that point. The $201.2 million, 5-year deal paid him an average of $40 million per year. This record-shattering deal made Stephen Curry the first player to earn more than $40 million per season. His largest contract record was topped a few weeks later when Russell Westbrook signed a 5-yer $206.8 million deal. Russell's record was topped in December 2020 when Giannis Antetokounmpo signed a 5-year $228.2 million deal.

On August 4, 2021 Steph Curry signed a 4-year $215 million extension with the Warriors. The per season salary breaks down as such: 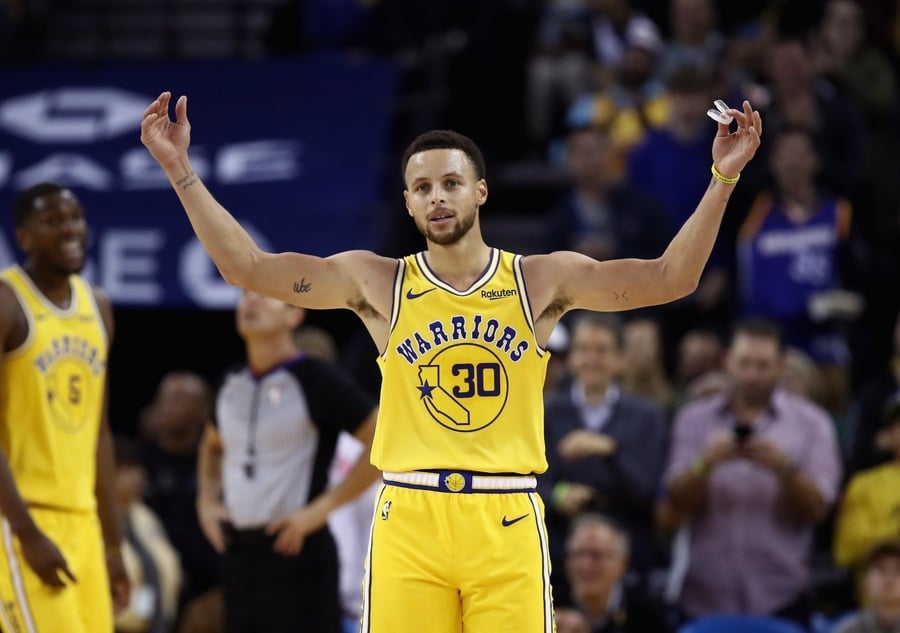 Stephen Curry's full name is Wardell Stephen Curry II. He was born on March 14th of 1988 in Akron, Ohio. His father is Dell Curry, a successful NBA player who was the all-time leading scorer for the Charlotte Hornets. He was also the top scorer of three-pointers for the Hornets, although his son would later take this achievement to a whole new level. While his father was playing for the Hornets, Curry lived in Charlotte, North Carolina. After Dell started playing for the Raptors, Stephen Curry moved to Toronto with the family.

While in Toronto, Stephen Curry attended Queensway Christian College and joined the basketball team. During this time, he led the team to an undefeated season. He also joined the Toronto 5-0, a team that played matches with other clubs across Ontario. Stephen Curry later won the provincial championship with the Toronto 5-0. After Dell retired from professional basketball, Curry moved back to Charlotte with the rest of the family and finished high school, leading his new team to three conference titles.

Although Stephen Curry wanted to follow in his father's footsteps and play for Virginia Tech, the school's basketball department was unsure about whether or not Curry could succeed with his small stature. In response, Curry attended Davidson College and played for the Wildcats. He started his college career strongly and soon became one of the NCAA's highest scorers. He also set new records for scoring three-pointers. In his second year, he won his first NCAA Tournament with the Wildcats.

Curry then spent his junior year developing as a point guard, since he knew that this would be his likely position in the NBA. He once again scored highly in games and increased his number of assists. He finished as the leading scorer in the NCAA.

In 2009, Stephen Curry joined the Golden State Warriors. A strong second half of the season made him a contender for Rookie of the Year. By the end of the season, Curry had registered 166 points from three-pointers – the most of any rookie in NBA history. Next season, Curry established himself as a free-throw specialist and won the skills challenge during All-Star Weekend. During the next period, he struggled with issues related to his right ankle.

Starting in 2014, new head coach Steve Kerr implemented a new tactic that involved moving the ball faster and giving Curry more freedom to shoot. This was the beginning of a revolutionary new type of basketball that emphasized three-pointers rather than physical play underneath the hoop. These tactics would later spread to other teams. During this time, Steve Kerr focused on building his team into a title-winning force, winning the championships in the 2014-2015 season.

Although Stephen Curry performed well over the next few seasons, inconsistencies caused by injuries prevented him from reaching his full potential. Things started to take shape in 2016 when the Warriors reached the finals with a record of 12-0 – a first in NBA history. They won the championship title that year and repeated the feat next year with another championship title. During the next few years, Stephen Curry continued to perform well, although injury to his left hand in 2020 required surgery and three months of rest.

Stephen Curry has been married to Ayesha Alexander since 2011. They have three children together. Stephen Curry is a Christian and is outspoken about his beliefs. Outside of basketball, Curry is an avid amateur golf player. He regularly plays in celebrity golf tournaments and has played alongside Barack Obama. In addition, he is a fan of the English Premier League soccer club Chelsea F.C.

In September 2019 Steph and Ayesha Curry spent $31 million on brand new home in Atherton, California. The three-story mansion sits on 1.2 acres and features a detached garage and separate guest house. He still owns another home in Walnut, California which he bought for $3.2 million back in 2015. 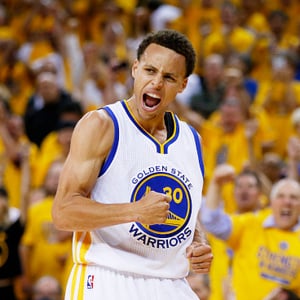