Spud Webb net worth: Spud Webb is a former professional basketball player who has a net worth of $10 million dollars. Spud Webb was born in Dallas, Texas, and though tiny, decided that basketball would be his ticket to success. By his senior year of high school, he averaged 26 points a game, and was a formidable dunker even though he was only 5'7″.

He did not attract attention from any college teams initially, but after leading Midland College to their first junior college national title, other colleges began to take notice. He dominated play during the tournament and earned a write-up in Sports Illustrated. He was offered a scholarship to North Carolina State University. From there, the Atlanta Hawks drafted him. He went on to play for the Hawks for six seasons. He then seemed to hit his stride during four years of play with the Sacramento Kings. He returned to the Hawks for one season, and then spent part of 1996 with the Minnesota Timberwolves, before heading to Italy to play for Mash J. Verona. He spent his last year of play with the Orlando Magic and retired in 1998. He was the 1995 free throw percentage leader and the 1996 NBA Slam Dunk Contest champion. 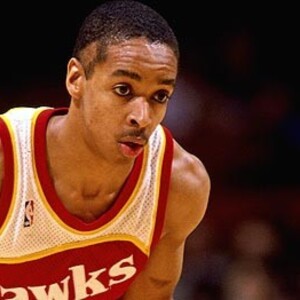