Speedy Claxton net worth: Speedy Claxton is a retired basketball player who has a net worth of $29.5 million dollars. Born in Hempstead, New York, Speedy Claxton, also known as Craig Claxton, graduated from Christ the King High School, and went on to Hofstra University. While at Hofstra, Claxton and the Flying Dutchman won the Eastern Championship, but were eliminated in the first round of the NCAA Championship.

He was drafted by the Philadelphia 76ers in 2000, but was injured during pre-season and missed the entire year of play. He was subsequently traded to the San Antonio Spurs where he played a successful season, and the team eventually won the 2003 NBA Championship. He was then traded to the Golden State Warriors, and played the next two seasons in California. He was subsequently traded to Hornets and then played for the Atlanta Hawks until 2009. His years with the Hawks were fraught with injuries, and he was only able to play a portion of each season with them. In 2009, after being traded back to the Warriors, the team waived him, and he is currently working as a scout. 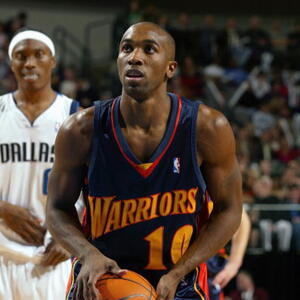