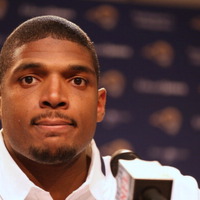 Skylar Diggins net worth: Skylar Diggins is an American professional basketball player who has a net worth of $400 thousand dollars. Skylar Diggins was born in South Bend, Indiana, and was an exceptional basketball player from the start. Her senior year, she averaged a state-best 29 points per game. She graduated with the third highest scoring total for a female basketball player in Indiana's history. She was a McDonald's All-American selection and a WCBA All-American selection and was also chosen as the Gatorade Indiana Girls Basketball Player of the Year twice. She chose to attend Notre Dame for college, and again distinguished herself almost immediately. By her second year with the team, she was becoming a household name, posting team-leading numbers in multiple areas. She helped lead Notre Dame to their second championship appearance in the school's history. She became only the second Notre Dame women's basketball player to pass the 1000-point mark, while still in her sophomore year. Her final year with the team, she set a single season record for steals, and received numerous honors, including being chosen as the Big East Player of the Year. She was drafted 3rd overall by the Tulsa Shock in the 2013 WNBA draft. Diggins averaged 8.5 points per game, 1.9 rebounds per game, 26.4 minutes per game and led the Shock in assists per game. She scored a career-high 22 points in a game against the Phoenix Mercury and was named to the All-Rookie Team.