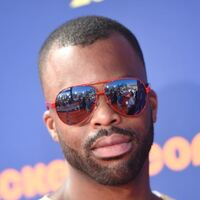 Shelden Williams net worth: Shelden Williams is an American professional basketball coach and former professional basketball player who has a net worth of $5 million. That is a combined net worth with his wife, WNBA player Candace Parker. He is probably best known for his success at Duke and his NBA career which lasted from 2006 to 2012. During his NBA career, Shelden earned around $12 million in salary alone.

Shelden Williams was born in Oklahoma City, Oklahoma in October 1983. He was a 6'9″ power forward and center who played at Midwest City High School where he was named USA Basketball Male Athlete of the Year in 2005. Williams played his college basketball at Duke where he was a two time NABC Defensive Player of the Year. Shelden Williams was a consensus first-team All-American in 2006 and two time first-team All-ACC. His #23 was retired by the Duke Blue Devils. Williams was drafted #5 overall by the Atlanta Hawks in the 2006 NBA Draft. He played for the Hawks from 2006 to 2008 and for the Sacramento Kings from 2008 to 2009. Williams played for the Minnesota Timberwolves in 2009, the Boston Celtics from 2009 to 2010, the Denver Nuggets from 2010 to 2011, the New York Knicks in 2011, and the New Jersey Nets from 2011 to 2012. In 2018 he became the assistant coach of the G League's Erie Bayhawks / College Park Skyhawks.