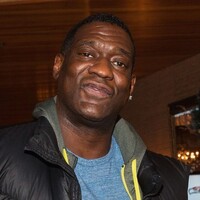 What is Shawn Kemp's Net Worth?

Shawn Kemp is a former professional basketball player who played in the NBA for the Seattle SuperSonics, Cleveland Cavaliers, Portland Trail Blazers, and Orlando Magic. Shawn Kemp has a net worth of $5 million.

A six-time NBA All-Star, he earned the nickname "Reign Man" after announcer Kevin Calabro began calling him that on his radio broadcasts. Beyond the NBA, Kemp won a gold medal with the US national team in the 1994 FIBA World Championship.


Shawn Kemp was born on November 26, 1969 in Elkhart, Indiana. As a youth, he went to Concord High School, where he quickly proved himself as a star player on the basketball team. He finished his high school career as the all-time leading scorer in Elkhart County's history, and also set single-game and single-season scoring records at his high school.

In his senior year, Kemp signed a letter-of-intent to play at the University of Kentucky; however, after failing to score the minimum of 700 on the SAT, he had to miss his freshman year of playing under NCAA stipulations. He still enrolled at Kentucky, where he joined the basketball team in 1988. Kemp left shortly after when he was accused of pawning a pair of gold chains that were reportedly stolen from his teammate Sean Sutton. As a result, he transferred to Trinity Valley Community College in Texas. Following one semester there, during which he didn't play, Kemp declared his intention to enter the NBA draft.

In the 1989 NBA draft, Kemp was chosen in the first round by the Seattle SuperSonics. The youngest player in the league at the time, he initially struggled to find his footing. As the season progressed, however, he grew more and more confident, largely thanks to the help of his teammate and mentor Xavier McDaniel. One of Kemp's most memorable moments on the team was in a 1992 playoff game against the Golden State Warriors, during which he made a powerful slam dunk on Alton Lister. His career success with the SuperSonics reached its height in the 1995-96 season, when he and Gary Payton led the team to a franchise record of 64 wins; they also helped bring the team to its first NBA Finals appearance since 1979. Facing off against Michael Jordan and the Chicago Bulls, the SuperSonics held on for six games before enduring defeat. Kemp recorded averages of 23.3 points and 10 rebounds per game during the Finals, and finished in a close second place in Finals MVP voting.

In 1994, Kemp signed a contract extension with the SuperSonics, which included a stipulation that the contract could not be adjusted until October of 1997. This upset Kemp, who became even more incensed when Jim McIlvaine was signed to the team with a salary exceeding his own. Consequently, he threatened to not play in the upcoming 1996-97 season, and took a leave from training camp. Kemp eventually softened up, and helped lead the SuperSonics to another 50-plus-win season. 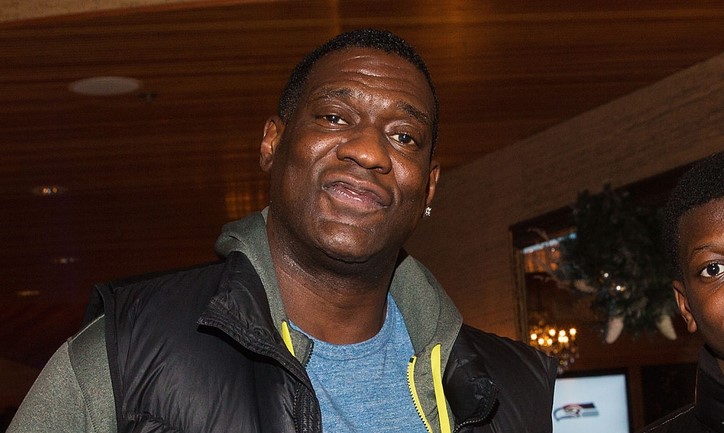 Kemp was traded to the Cleveland Cavaliers in 1997. Although he was struggling with weight problems at the time, he recorded a career-high points per game in his first season with the team and led the Cavaliers to the NBA playoffs. Kemp went on to average 26 points and 13 rebounds per game in the series, which was ultimately won by the Indiana Pacers in four games. The following season, Kemp continued to struggle with the weight he put on, but still managed to average 20.5 points and 9.2 rebounds per game.

In 1999, Kemp was traded to the Portland Trail Blazers. During his two seasons with the team, his performance began to significantly decline, largely due to problems arising from his weight gain. Additionally, he struggled with addiction, and entered a drug rehab program in Portland. Subsequently, in 2002, Kemp was signed as a free agent for the Orlando Magic. He performed better than he did with the Trail Blazers, helping the Magic reach the playoffs. During his one season with the team, Kemp played his 1,000th NBA game. He then retired in 2003.

In addition to his time in the NBA, Kemp played on the United States national team in the 1994 FIBA World Championship. With the team, he won the gold medal, beating Russia 137-91 in the final game.

In August of 2008, Kemp signed a one-year contract with the Italian League's Premiata Montegranaro. However, after playing in three preseason games, he returned to his home in Houston to see if it had incurred any damage from Hurricane Ike. Shortly after this, Kemp parted ways with the team.

Kemp is the father of seven children, with his oldest, Shawn Jr., having played basketball at the University of Washington.

Among his business ventures, Kemp owned a sports bar in the Lower Queen Anne area of Seattle called Oskar's Kitchen; it closed in 2015. He also owns part of Amber's Kitchen on 1st Avenue. In October of 2020, along with Ramsey Hamide and Matt Schoenlein, Kemp opened a cannabis dispensary in Seattle called Shawn Kemp's Cannabis.

During his NBA career, Shawn Kemp earned more than $90 million in NBA salaries. That figure does not even include millions more he earned from endorsements, most notably with Reebok.