Livingston was named Illinois Mr. Basketball and a first-team Parade All-American in 2004. He committed to play at Duke but decided to go straight to the NBA. He was drafted #4 by the Los Angeles Clippers in the 2004 NBA Draft. Livingston played for the Clippers from 2004 to 2008. He played for the Miami Heat from 2008 to 2009 and for the Tulsa 66ers for the D-League and the Oklahoma City Thunder of the NBA in 2009. Livingston played for the Washington Wizards in 2010 and then signed a two year deal for $7 million with the Charlotte Bobcats in 2010. He played for the Bobcats until 2011 when he was traded to the Milwaukee Bucks where he played from 2011 to 2012. Livingston played for the Wizards in 2012, the Cleveland Cavaliers form 2012 to 2013, and the Brooklyn Nets from 2013 to 2014. In 2014 he signed a three year deal for $16 million with the Golden State Warriors where he won a Western Conference Championship. He signed another new deal with the Warriors in 2017. As of 2019 his NBA career earnings are around $49 million. 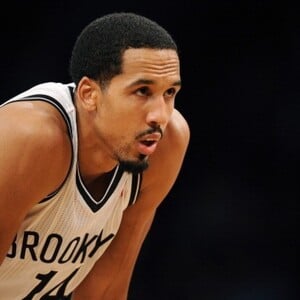