Shannon Brown net worth and salary: Shannon Brown is an American professional basketball player who has a net worth of $8 million dollars. Shannon Brown was born in Maywood, Illinois, and first made a name for himself playing high school basketball at Proviso East High School. His senior year, he was named Illinois Mr. Basketball and was also a McDonald's All-American selection.

He went on to play college basketball for Michigan State. While at Michigan, he was an All-Big Ten Defensive selection and a second team All-Big Ten selection. The Cleveland Cavaliers drafted him in 2006, and he played in 23 games during his first season. He then spent some time playing for the Development League teams the Albuquerque Thunderbirds and the Rio Grande Valley Vipers, before returning to the Cavaliers. In 2008, he was traded to the Chicago Bulls. Since then, he has also played for the Charlotte Bobcats, the Los Angeles Lakers, the Phoenix Suns, and the San Antonio Spurs. He is a two-time NBA Champion with the Lakers. In February 2014, he signed a 10-day contract with the New York Knicks. 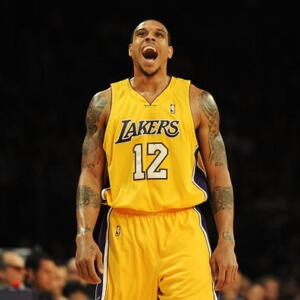