How much is Shane Larkin Worth?

Shane Larkin net worth: Shane Larkin is an American professional basketball player who has a net worth of $5 million. Shane Larkin was born in Cincinnati, Ohio in October 1992. He is a point guard who played at Dr. Phillips High School. Larkin played his college basketball at Miami (Florida) where he was named ACC Player of the Year by the coaches in 2013 and also won the Lute Olson Award. That same year he was named second-team All-American by AP and NABC and third-team All-American by SN. He also made first-team All-ACC in 2013 after making the ACC All-Freshman team in 2012. Larkin was drafted #18 overall by the Atlanta Hawks in the 2013 NBA Draft. He was traded to the Dallas Mavericks where he played from 2013 to 2014. Larkin played for the New York Knicks from 2014 to 2015 and the Brooklyn Nets from 2015 to 2016. He played for Baskonia from 2016 to 2017 where he was All-Spanish League Second Team. Larkin joined the Boston Celtics in 2017. He is the son of Barry Larkin who is a Baseball Hall of Famer. 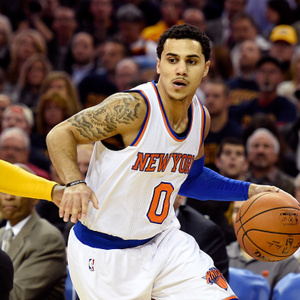