Seth Curry net worth and salary: Seth Curry is an American professional basketball player who has a net worth of $4 million. His 2018-2019 salary with the Portland Trail Blazers is a shade under $3 million. Between his league debut in 2014 and the 2019 playoffs, Seth earned around $9 million in total salary. By comparison, during those same years his brother Steph Curry earned $120 million.

Seth Curry was born in Charlotte, North Carolina in August 1990. He is a 6'2″ shooting guard and point guard who played at Charlotte Christian High School. Curry played his college basketball at Liberty and Duke and was named First-team All-ACC in 2013 and Third-team All-ACC in 2012. In 2013 he was named a Second-team All-American. Curry went undrafted and played for the Santa Cruz Warriors of the NBA Developmental League from 2013 to 2014. He also played for the NBA's Memphis Grizzlies from 2013 to 2014 and for the Cleveland Cavaliers in 2014. Curry played for the NBA DL team Erie Bayhawks from 2014 to 2015 and for the Phoenix Suns in 2015. He played for the Sacramento Kings from 2015 to 2016. Curry was named to the All-NBA D-League First Team in 2015 and the All-NBA D-League Third Team in 2014. He was selected to the NBA D-League All-Rookie First Team in 2014 and is a two time NBA D-League All-Star. Curry is the son of former NBA player Dell Curry and the brother of current NBA player Stephen Curry. 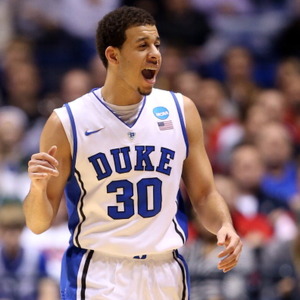