How much is Sebastian Telfair Worth?

Sebastian Telfair net worth and salary: Sebastian Telfair is an American basketball player who has a net worth of $4 million dollars. Born in Brooklyn, New York, Sebastian Telfair was originally planning to attend the University of Louisville on a basketball scholarship, but was instead drafted directly out of Abraham Lincoln High School, by the Portland Trailblazers, in 2004. He played two seasons with the team, but was only moderately successful. He was then traded to the Boston Celtics, where he played only one season. He was traded to the Minnesota Timberwolves in 2007, and the move proved to be a good one. He played well for the team, but was traded again in 2009. Since then, he has played for The Los Angeles Clippers, the Cleveland Cavaliers, the Timberwolves again, and the Phoenix Suns. As of February 2013, he is playing for the Toronto Raptors. He is known as much for his multiple legal run-ins, as he is for his skill on the court. He is the subject of the book, "The Jump: Sebastian Telfair and the High-Stakes Business of High School Ball".

Financial and legal problems: During his NBA career Sebastian earned a little more than $19 million in salary alone. In 2004 he signed a $15 million deal with Adidas. That deal ultimately got canceled by Adidas after Sebastian was involved in a shootout with rapper Fabolous. The incident reportedly cost him $20 million. Sebastian also reportedly invested $1 million to open Phillipe Chow's restaurant locations in New York and Miami. These investments were ultimately not successful.

In November 2018, American Express sued him over $43,000 worth of unpaid credit card debt. In June 2017 he was arrested in Brooklyn on a gun possession charge. Officers found three loaded handguns, a semiautomatic rifle, a bulletproof vest, 100 pairs of sneakers and marijuana in the car. He is currently facing charges that could come with a 15 year prison sentence. 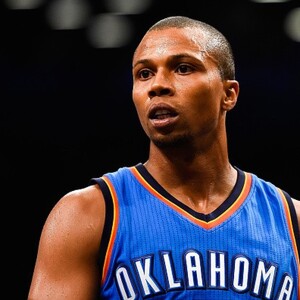