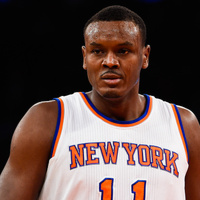 Samuel Dalembert net worth: Samuel Dalembert is a Haitian Canadian professional basketball player who has a net worth of $45 million. Samuel Dalembert was born in Port au Prince, Haiti in 1981, moved to Montreal, Quebec when he was 14-years old, and began playing basketball in Canada before going on to play high school basketball at St. Patrick high school in Elizabeth, New Jersey and college ball at Seton Hall University, also in New Jersey. Samuel Dalembert was selected in the first round of the 2001 NBA draft with the 26th overall pick by the Philadelphia 76ers. Dalembert is a 6'11', 250lb center who has played for five teams so far in his professional career. He played for the Philadelphia 76ers for eight seasons from 2001-2010 before being traded to the Sacramento Kings, where he played in 2010 and 2011. Samuel Dalembert also has played with the Houston Rockets (2011-2012) and Milwaukee Bucks (2012-2013). Dalembert currently plays for the Dallas Mavericks. After the devastating 2010 earthquake in Haiti, Samuel Dalembert traveled to the country of his birth to help with relief efforts and donated $100,000 to UNICEF. Samuel Dalembert became a Canadian citizen in 2007.