Sam Perkins net worth: Sam Perkins is an American former professional basketball player who has a net worth of $3 million. Sam Perkins was born in Brooklyn, New York in June 1961. He was a 6'9″ power forward and center who was named large-school player of the year at Shaker High School by the New York State Sportswriters Association.

Perkins played at the University of North Carolina where he won an NCAA Championship in 1982 and was named a consensus second-team All-American the same year. The next two years Perkins was named a consensus first-team All-American. In 1984 he was named the USA Basketball Male Athlete of the Year. Perkins was drafted #4 by the Dallas Mavericks in the 1984 NBA Draft. He played for the Mavericks from 1984 to 1990 and then for the Los Angeles Lakers from 1990 to 1993. Perkins played for the Seattle SuperSonics from 1993 to 1998 and then for the Indiana Pacers from 1998 to 2001. In 1985 he was named to the NBA All-Rookie First Team. Perkins also competed for the United States in international competition and won Gold medals at the 1984 Olympic Games, 1983 Pan American Games, and 1979 FIBA U19 World Championships. Perkins was inducted into the New York City Basketball Hall of Fame in 2008 and was also named vice president of player relationships for the Indiana Pacers that year. 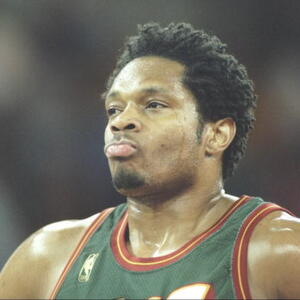