Sam Dekker net worth: Sam Dekker is an American professional basketball player who has a net worth of $4 million. He is best known for his time playing for Wisconsin.

Sam Dekker was born in Sheboygan, Wisconsin in May 1994. He is a 6'8″ small forward and power forward. Dekker played for Sheboygan Lutheran High School where he was named Wisconsin Mr. Basketball and a first-team Parade All-American in 2012. Dekker played his college basketball for Wisconsin where he was named a Big Ten All-Freshman team member in 2013 and second-team All-Big Ten in 2014 and 2015. Sam Dekker was drafted #18 overall by the Houston Rockets in the 2015 NBA Draft. He played for the Rockets from 2015 to 2017. Dekker then played for the Los Angeles Clippers from 2017 to 2018. He played for the Cleveland Cavaliers in 2018 and for the Washington Wizards from 2018 to 2019. He then played in Russia from 2019 to 2020 and started playing in Turkey in 2020. Dekker represented the U.S. in international competition and won a gold medal at the 2012 FIBA Americas U18 championship. 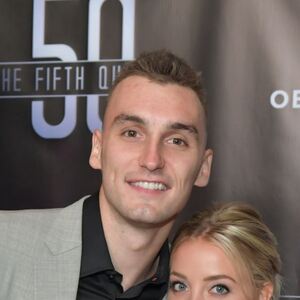