Ryan Anderson Net Worth: Ryan Anderson is an American professional basketball player who has a net worth of $6 million. Ryan Anderson was born in Sacramento, California in May 1988. Anderson attended Oak Ridge High School and won a Division II California State Championship in 2005. He scored 50 points in that game against John H.

Pitman High School which was led by Colin Kaepernick. Anderson played college basketball at the University of California, Berkeley and led the Pac-10 Conference in scoring in the 2007-08 season. He was named First-team All-Pac-10 in 2008 and was a Second –team All-American in 2008. Anderson was drafted #21 by the New Jersey Nets in the 2008 NBA Draft. He played for the Nets in 2008 and 2009 before being traded to the Orlando Magic where he played until 2012. He was acquired in a sign-and-trade by the New Orleans Hornets/Pelicans in 2012 and was named the NBA's Most Improved Player for 2012. Ryan dated Bachelor contestant and model Gia Allemand who committed suicide in 2013. 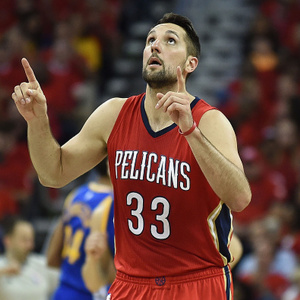