Rumeal Robinson net worth: Rumeal Robinson is an American former professional basketball player who has a net worth of -$1 million. During his six NBA seasons, Rumeal earned around $4.8 million in salary. Unfortunately his post-NBA life has been filled with legal and financial problems.

Rumeal Robinson was born in Mandeville, Jamaica in November 1966. He was a point guard who played college basketball at Michigan where he won on NCAA championship in 1989 and was a Consensus second-team All-American in 1990.

Post NBA Legal and Financial Issues: After retiring from the NBA, Robinson moved to Miami where he set out to become a real estate developer. One goal was to build a 25,000 acre resort in his native Jamaica. Unfortunately he was not able to secure a loan or a line of credit from any of the banks he visited. He was eventually referred to a bank in Iowa called the Community State Bank where a loan officer named Brian Williams approved him for a $377,000 bridge loan. Robinson allegedly paid $100,000 of the loan directly to Williams as a bribe to grease the process going froward. Over the next 1.5 years, Robinson received $1.2 million in loans from Community State Bank. He never paid a dime of his loan payments and instead of using the money to develop real estate, Robinson bought jewelry, clothes, motorcycles and more.

After the fraud was uncovered, Community State Bank sued Robinson to recoup the money. The bank would ultimately only recoup around 5%. During one court proceeding, Robinson claimed to have no net worth and lived from one twenty dollar bill to the next. He claimed his only possession was a change of pants.

Robinson was soon indicted on bank fraud, bank bribery, wire fraud and several other charges. His own adoptive mother would claim that Robinson swindled her out of her home.

In March 2012, a federal judge ruled that $370,000 of Robinson's NBA pension fund could be seized and used to pay down his restitution. 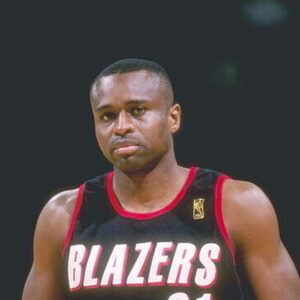