Roy Tarpley net worth: Roy Tarpley was an American professional basketball player who had a net worth of $2 million. Roy Tarpley was born in New York City, New York in November 1964 and passed away in January 2015. Tarpley was a 6'1″ power forward and center who starred as the University of Michigan. He was named Big Ten Conference Player of the Year in 1985. Tarpley was named a Second-team All-American by the USBWA in 1985 and was a two time AP Third-team All-American as well as a UPI Third-team All-American and NABC Third-team All-American. Tarpley was drafted #7 by the Dallas Mavericks in the 1986 NBA Draft and played for Dallas from 1986 to 1990. He made the NBA All-Rookie First Team in 1987 and was named NBA Sixth Man of the Year in 1988. After that Tarpley bounced around playing for the Wichita Falls Texans of the CBA from 1991 to 1992 and for the Miami Tropics of the USBL in 1992. He went to Greece where he played for Aris from 1992 to 1993 and Olympiacos from 1993 to 1994. He returned to the Dallas Mavericks from 1994 to 1995 and then played overseas again for Iraklis from 1995 to 1996, Apollon Limassol from 1998 to 1999, Esperos Kallitheas in 1999, Ural Great from 1999 to 2000, and Beijing Olympians from 2000 to 2001. Tarpley returned to the U.S. and played for the Sioux Falls Skyforce of the CBA from 2003 to 2004 and for the Dodge City Legend of the USBL in 2005. He finished his career for the Michigan Mayhem of the CBA from 2005 to 2006. Tarpley was permanently banned from the NBA for using alcohol and violating the terms of an aftercare program in 1995. He sued the Dallas Mavericks claiming that his addiction was a disability under the Americans with Disabilities Act and settled out of court. Roy Tarpley passed away on January 9, 2015 at the age of 50. 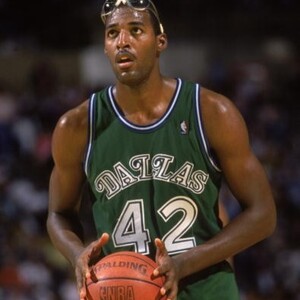