Ronny Turiaf net worth: Ronny Turiaf is a French professional basketball player who has a net worth of $10 million. Ronny Turiaf was born in Le Robt, Martinique, France in January 1983. He is a center who played for INSEP High School in Paris, France. Turiaf played his college basketball at Gonzaga where he was named the West Coach Conference Player of the Year in 2005 and was a 3x First-team All-WCC selection. Turiaf was drafted #37 by the Los Angeles Lakers in the 2005 NBA Draft. He played for the Lakers from 2006 to 2008 and then for the Golden State Warriors from 2008 to 2010. Turiaf played for the New York Knicks from 2010 to 2011 and spent some of 2011 playing in France. He played for the Washington Wizards from 2011 to 2012 and for the Miami Heat in 2012. Turiaf played for the Los Angeles Clippers from 2012 to 2013 and for the Minnesota Timberwolves from 2013 to 2014. In 2012 he won the NBA championship with the Miami Heat. Turiaf has also represented France in international competition and played in the 2012 London Olympics. 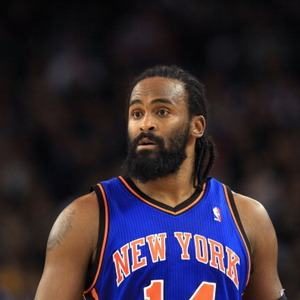