Ron Baker net worth: Ron Baker is an American professional basketball player who has a net worth of $4 million. Ron Baker was born in Hays, Kansas in March 1993. He is a 6'4″ shooting guard and point guard. Baker played for Scott City High School. He played his college basketball at Wichita State where he was an AP honorable mention All-American in 2015 and a three time first-team All-MVC selection. Baker went undrafted but with the NBA's New York Knicks in 2016. He played for the Knicks from 2016 to 2018 and then for the Washington Wizards from 2018 to 2019. Baker also represented the United States in the 2015 Toronto Pan American Games where he won a silver medal. After his first four NBA seasons he averaged 3.1 points per game, 1.8 assists per game, and 1.4 rebounds per game. He authored the children's book You're Too Big to Dream Small. 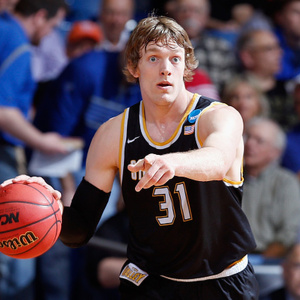