Reggie Miller Net Worth: Reggie Miller is an American retired professional basketball player who has a net worth of $80 million. Miller spent his entire playing career with the Indiana Pacers and gained a reputation for accurate 3-point shots and performing well under pressure. When he retired, he held the record for most career 3-point shots completed. Today, Miller is considered the greatest player to have ever worn a Pacers jersey. After retirement, Reggie embarked on a successful career as a commentator. In 2012, he was inducted into the Basketball Hall of Fame.

Early Life: Reginald Wayne Miller was born on August 24th of 1965 in Riverside, California. Reggie was born with notable hip deformities, and he was required to wear braces on both legs for many years. Eventually, his legs developed and he was able to walk properly. Miller was raised alongside four siblings in a heavily athletic family. His siblings include a Major League Baseball player, a varsity volleyball player, and a female hall of fame basketball player who won an Olympic gold medal in 1984.

The latter sibling is Cheryl Miller. She and Reggie developed a close bond during their childhood, and they played basketball together for many years, squaring off against each other with informal 1-on-1 games. Cheryl would regularly beat Reggie for many years, but eventually, he grew large enough to block her shots. Prior to this, Reggie had to come up with an unorthodox shooting style that could arc over his larger sister. He took this shooting style to the NBA.

Career: In 1987, Reggie Miller was selected by the Pacers as the 11th pick in the first round of the NBA Draft. After adopting the number 31, Miller started his first season as a backup for shooting guard John Long and won respect from the fans. By 1992, Chuck Person's departure from the Pacers had put Reggie in the spotlight as their top scoring threat. He immediately showed his potential by scoring 57 points in a game against the Charlotte Hornets – a new career high that still remains a Pacers record.

In 1994, Reggie Miller gained widespread notoriety after an exemplary performance against the Knicks during the Eastern Conference Finals. During this game, Miller sunk several long-distance three-pointers. In 1995, he became famous for scoring 8 points in just 8.9 seconds. Again, this accomplishment came against the Knicks at the Eastern Conference Finals. During this period, he developed a long-standing feud with Spike Lee, a dedicated fan of the Knicks.

After suffering a serious eye injury, Miller was out of action for a long period and took the opportunity to start a talk show called "The Reggie Miller Show." Although Miller performed well in the next few years, the Pacers were defeated by the Chicago Bulls during the playoffs in 1998. When Michael Jordan retired, Reggie Miller and the Pacers were expected to perform extremely well in the coming years. Unfortunately, a number of disappointing performances followed.

In 2002, Reggie started to accept that he was no longer the focal point of the Pacers. He was no longer the top scorer, but he remained a strong leader in the dressing room and provided a source of inspiration for younger players. That being said, Miller continued to contribute – especially when several of the Pacers' top players were ruled out through suspension or injury. Miller's final game for the Pacers was in 2005, and he received a standing ovation from the crowd in Indianapolis.

NBA Salary: Over the course of his playing career, Reggie Miller received over $105 million in salary. He played 1,389 games in total.

After Retirement: In 2005, Miller expressed his plans to join TNT as an analyst, and he continues to appear on the network as of 2020. His sister Cheryl is a sideline reporter for the network. In addition, he once guest-hosted "Live with Regis and Kelly." Later in 2005, Reggie started contributing to "The Dan Patrick Show" on ESPN radio. In 2011, he worked as an analyst for the NCAA Division I Men's Basketball Championship.

In 2007, rumors started to fly about Miller possibly making a comeback. In the end, Reggie announced that after careful consideration, he had decided against returning to his playing career. Despite claiming that he was physically able to return to the NBA at the age of 42, he admitted that he wasn't mentally committed to the idea. Outside of commentary, Reggie Miller once landed a voice acting gig in the Disney series "Hercules." He also appeared in the 2018 film "Uncle Drew."

Real Estate: In 1995, Reggie Miller purchased a $1.1-million dollar home in Los Angeles with his wife. Located on the Sunset Strip in Hollywood Hills, the six-bedroom, Mediterranean-style residence features 7,000 square feet of living space. Outside there are gardens and a pool.

He also owns a home in Fishers, Indiana. At one point Reggie listed this 15,000-square foot mansion in Fishers for $7.5 million. Reggie eventually took it off the market without finding a buyer.

In 2001, Miller purchased a home in Malibu, California for $5.3 million. The residence sits on 1.3 acres and boasts almost 8,400 square feet of living space. Additional features include landscaped gardens, a pool, and a detached guesthouse. The master suite alone spans 2,700 square feet and comes complete with a marble fireplace. Reggie currently splits his time between Malibu and Fishers. 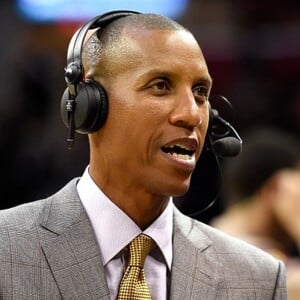