Reggie Jackson net worth and salary: Reggie Jackson is an American professional basketball player who has a net worth of $10 million. Reggie Jackson was born in Pordenone, Italy in April 1990. He is a 6'3″ point guard who was the Gatorade Colorado Boys' Basketball Player of the Year at General William J.

Palmer High School. Reggie's father served in the United States Air Force. The family lived in England and moved to the United States when he was five. In 2008 he officially became an American citizen. Jackson played for Boston College from 2008 to 2011. He was named first-team All-ACC in 2011. Jackson was drafted #24 by the Oklahoma City Thunder in the 2011 NBA Draft. He played for the Thunder from 2011 to 2015 and also played for the Tulsa 66ers of the NBA Developmental League in 2012. In February 2015 he was traded to the Detroit Pistons. For the 2015-2016 season, Reggie's salary jumped from $2 million to $14 million. He will earn $15 million, $16 million, $17 million and $18 million over the following years. 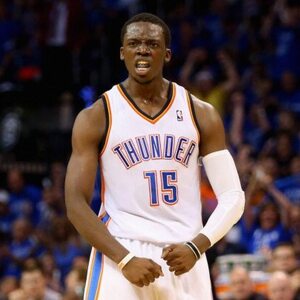