He went on to play college basketball for the University of North Carolina-Chapel Hill, where he helped the team reach the NCAA Final Four in 1995. He chose to leave school early, and was drafted by the Washington Bullets just after his sophomore year. He played one season with the Bullets, but a fractured thumb kept him sidelined for much of the time. He was then traded to the Portland Trail Blazers, where he played well, but had numerous problems with his temper, and led the league in technical fouls. He then played briefly for the Atlanta Hawks, before finding success with the Detroit Pistons again. In 2009, he moved to the Boston Celtics, but chose to retire in 2010. In September 2012, Rasheed Wallace announced that he was coming out of retirement to play for the Knicks. He will earn the league veteran's minimum salary which is $1.7 million. During his playing career, Wallace earned over $156 million in salary alone. 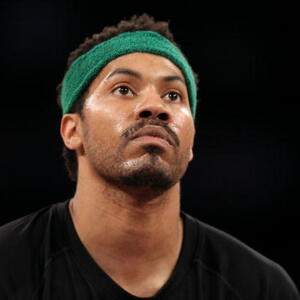