How much is Ralph Sampson Worth?

Ralph Sampson net worth: Ralph Sampson is an American former professional basketball player who has a net worth of $6 million. Ralph Sampson was born in Harrisonburg, Virginia in July of 1960. Even before his career in the NBA, Sampson quickly distinguished himself as a towering 7'4″ center and power forward who led his team at Harrisonburg High to two straight AA basketball championships. He played his college basketball at the University of Virginia where he was named the ACC Player of the Year from 1981 to 1983. Sampson was also College national player of the year and a consensus first-team All-American from 1981 to 1983 and was named First-team All-ACC all three years. His #50 was retired by the University of Virginia. Sampson was the #1 pick of the 1983 NBA Draft by the Houston Rockets. He played for the Rockets from 1983 to 1987, going on to play for the Golden State Warriors from 1987 to 1989. After that, Sampson played for the Sacramento Kings from 1989 to 1990 and then for the Washington Bullets in 1991. Finally, he finished his career playing for the Unicaja Ronda in Spain in 1992 as well as the Rockford Lightning of the CBA from 1994 to 1995. Then, from 1999 to 2000, Sampson moved onto the coaching phase of his career in basketball, serving as head coach for the Richmond Rhythm of the IBL. Looking back at his career in the NBA, he earned his fair share of accolades: He was named NBA Rookie of the Year and NBA All-Rookie First Team in 1984. In 1985 he was named to the All-NBA Second Team and was the NBA All-Star Game MVP. Sampson was an NBA All-Star from 1984 to 1987. He also won a Gold Medal for the United States at the 1979 Pan American Games in San Juan. As the final capper to this distinguished basketball career, Sampson was inducted into the College Basketball Hall of Fame in 2011. 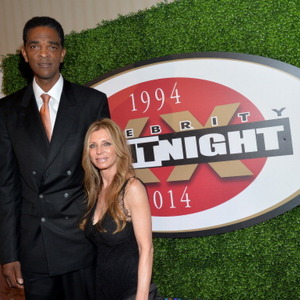