What is Rajon Rondo's Net Worth and Salary?

Rajon Rondo is an American professional basketball player who has a net worth of $45 million. Rondo plays in the NBA after a successful college basketball career at the University of Kentucky. Following university, he was drafted by the Phoenix Suns and quickly traded to the Celtics. During his time in Boston, Rondo helped his team win the NBA championship in 2008. In 2014, he was traded to the Dallas Mavericks. He then played for teams like the Sacramento Kings, the Chicago Bulls, and the New Orleans Pelicans before joining the Los Angeles Lakers on a more permanent, reliable basis.

After winning another NBA championship with the Lakers in 2020, Rajon continued to play for a wide range of teams throughout the NBA. These included the Atlanta Hawks, the Los Angeles Clippers, and the Memphis Grizzlies. By 2021, he had become a free agent before rejoining the Lakers. A versatile point guard, Rondo has led the league in assists and steals. He is a four-time All-Star, and has won four NBA All-Defensive honors – including two First Team honors. In 2012, he was named to the All-NBA Third Team.

Rajon Pierre Rondo was born on February 22nd of 1986 in Louisville, Kentucky. He was raised primarily by his mother alongside three siblings, as his father abandoned the family when Rajon was seven years old. Although Rondo would later become a basketball star, he was initially drawn towards football as a child. However, his mother convinced him to focus on basketball instead, as she was worried that football would take a much greater toll on the boy's body.

During his high school years, Rondo quickly established himself as a talented basketball player. After three years at his local high school in Louisville, he transferred to Oak Hill Academy in Virginia, where he averaged 21 points per game in his senior year. He also racked up more than 303 assists, breaking the school's record. During this period, he also won many additional honors and accolades and started to generate significant buzz on a national scale.

Although Rajon received a number of scholarship offers, he chose to enroll at the University of Kentucky. Although Rondo played well during his time in Kentucky and led them to a number of wins, the team ultimately failed to progress to the Final Four of the NCAA Tournament in his freshman or sophomore year. However, he managed to set a new record in Kentucky for steals per season and finished his freshman year with an average of 2.6 steals per game During his sophomore year, he was also named to the US under-21 basketball team and traveled to Argentina for the 2005 FIBA Under-21 World Championship. The national team eventually won the gold medal.

In 2006, Rondo decided to leave college and make himself eligible for the NBA Draft. He was picked 21st overall by the Phoenix Suns, who then immediately traded him to the Celtics on draft day. Rondo was the first point guard to be chosen in the draft. Rajon did not get a starting position during his rookie year, and he started only 25 games. However, he gained a starting position midway through the season and started to receive more playing time. Although the Celtics failed to qualify for the playoffs, Rajon was selected for the NBA All-Rookie Second Team.

Although Rondo went on to lead the team in assists and steals next season, he suffered a back injury that put him on the sidelines for four games. He also rolled his ankle during the playoffs but returned to help the Celtics win the NBA championship against the Lakers. Next season, he received his first All-Star selection and set a number of franchise records, although the Celtics could not beat the Lakers in the NBA finals. During the 2010-2011 season, Rajon suffered a number of early injuries. He then continued to play well throughout the next few seasons before tearing his ACL in his right knee. This injury required a significant rehab process. 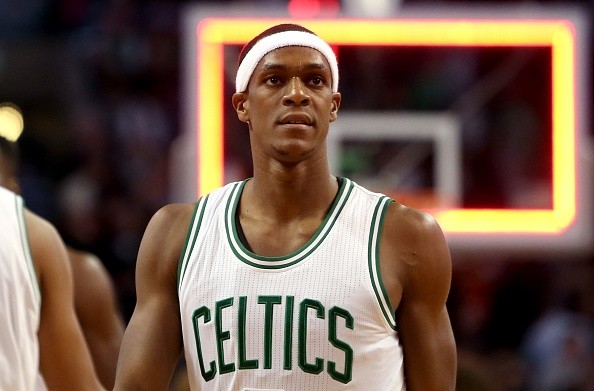 In 2014, he was traded to the Dallas Mavericks. Rondo reportedly did not have very much chemistry with his new teammates, which resulted in him leaving very quickly. He then moved to the Sacramento Kings and played a single season with them before signing a new contract with the Chicago Bulls. Again, the stint lasted only one year before he moved on to the New Orleans Pelicans. He managed to find more stability with the Los Angeles Lakers in 2018, staying with them until 2020 and winning another NBA championship in the process.

However, that too proved to be temporary, and Rondo ultimately found himself skipping between teams like the Atlanta Hawks and the Los Angeles Clippers throughout 2020 and 2021. It was then reported that he has signed a new one-year contract with the Lakers in August of 2021.

Rajon holds the honor of being the first-ever NBA athlete to sign a brand endorsement deal with the energy drink company Red Bull, and he signed this contract in 2009.

In 2014, it was reported that Rondo had purchased a condo in Miami. Located in the affluent neighborhood of Edgewater, the condo is situated on the 39th floor of the Paramount Bay building. He paid $1.175 million for the 1,588-square-foot residence. The seller had originally purchased the residence for approximately $785,000 just two years prior to this sale.

In 2015, it was reported that Rajon had placed his home in Lincoln, Massachusetts. Located on the outskirts of Boston, the 6,500-square-foot residence hit the market for $2 million. Described as a "private oasis," this residence features five bedrooms, an advanced home theater, an entertainment lounge, and a game room. Rondo originally purchased the residence when he was just 22, soon after winning the NBA title with the Celtics. 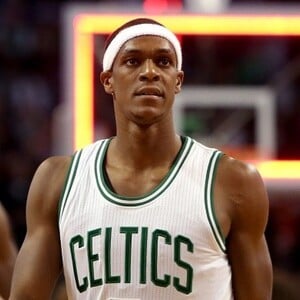