Raef LaFrentz net worth: Raef LaFrentz is a retired American professional basketball player who played power forward and who has a net worth of $40 million. Raef LaFrenz was born in Hampton, Iowa in 1976 and raised there, attending MFL MarMac High School in Monona, Iowa. Raef LaFrenz's father Ron was an assistant coach of his son's high school team.

LaFrenz was named to the USA Today 1994 All-USC 1st team and was a McDonald's All-American in high school. Raef LaFrentz played basketball at the University of Kansas from 1994-1998 where he was a four-year started and All-American during his junior and senior seasons. Raef LaFrentz was a part of a KU senior class that won more games over a four-year period than any class in school history. He was an AP Big 12 Conference Player of the Year and All-Big 12 Conference first team in both 1997 and 1998. Raef LaFrenz was chosen third overall in the first round of the 1998 NBA Draft by the Denver Nuggets. In his rookie season, LaFrenz played 12 games before he sustained a torn ACL. Raef LaFrenz played for five NBA teams during his 11 year career. He was with the Denver Nuggets from 1998-2002, the Dallas Mavericks from 2002-2003, the Boston Celtics from 2003-2006, and the Portland Trailblazers from 2006-2009. 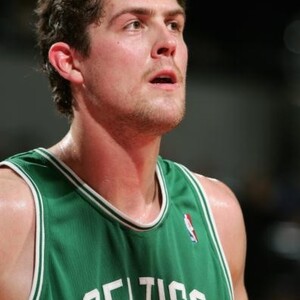