Quincy Lewis net worth: Quincy Lewis is an American former professional basketball player who has a net worth of $1 million. Quincy Lewis was born in Little Rock, Arkansas in June 1977. He was a 6'7″ small forward and shooting guard. Lewis played at Parkview Arts and Science Magnet High School. He played his college basketball for the University of Minnesota where he was third-team All-American in 1999. Quincy Lewis was drafted #19 overall by the Utah Jazz in the 1999 NBA Draft. He played for the Jazz from 1999 to 2002. He then played for Maccabi Tel Aviv from 2002 to 2003 before returning to the NBA to play for the Minnesota Timberwolves from 2003 to 2004. Lewis played for Lucentum Alicante from 2004 to 2005, Olympiacos from 2005 to 2006, Lucentum Alicante from 2006 to 2007, and Iurbentia Bilbao Basket from 2007 to 2009. He won a Gold medal representing the United States at the 1998 Goodwill Games. 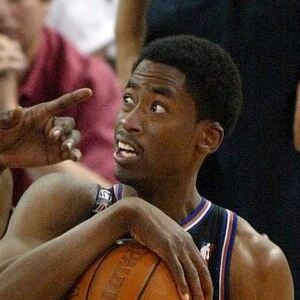