Quentin Richardson Net Worth: Quentin Richardson is a former American professional basketball player and NBA executive who has a net worth of$23 million. Born in Chicago, Illinois, in 1980, Quentin Richardson played his college basketball close to home at DePaul University from 1998 until 2000, when the Los Angeles Clippers drafted him with the 18th overall pick during the first round of the 2000 NBA Draft.

Richardson earned National Freshman of the Year and Conference USA Player of the Year honors in 1999 when playing with DePaul. He made his pro debut with the Clippers in 2000, where he signed a 2004 free agent contract to head to the desert with the Phoenix Suns. Richardson had a successful season with Phoenix, who posted the best record in the NBA that season and made it to the Western Conference Finals. Following the season, Richardson was dealt to the New York Knicks, where he played until 2009. Richardson later joined the Miami Heat from 2009 until 2010, the Orlando Magic from 2010 until 2012, and the Knicks a second time in 2013. He was traded to the Toronto Raptors during the summer of 2013, but was cut in September. The six-foot-six, 228-pound small forward/shooting guard won the 2005 NBA Three-Point Shootout. He currently works as the Detroit Pistons' Director of Player Development. 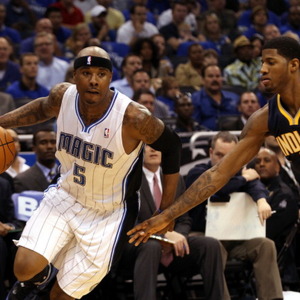