How much is Phil Jackson Worth?

Phil Jackson Net Worth, Career Earnings, and Salary: Phil Jackson is a retired NBA player, coach, and team executive who has a net worth of $70 million dollars. Although Jackson had a successful career as a power forward for 12 seasons, he's best known today for his coaching career. He has been inducted into the NBA Hall of Fame, and he was also named as one of the top ten basketball coaches in history.

Early Life: Phil Jackson was born on September 17th of 1945 in Montana. Jackson was raised in a very religious household, and both his parents were Assemblies of God ministers who preached every week. He was raised alongside two brothers and a half-sister, and the children were not allowed to watch television or dance. Initially, Jackson planned to become a minister like his parents.

Jackson first played basketball in high school, and his team eventually won the state title. Jackson became passionate about basketball because it was basically the only time he was able to participate in activities with other children. Phil Jackson was also involved in the football and baseball teams, and he was talented in almost every sport he tried. This attracted the attention of various scouts for professional baseball and basketball teams.

After graduating from high school, Phil Jackson was convinced to attend the University of North Dakota, where he had the chance to play basketball under coach Bill Fitch. While playing for the Fighting Sioux, Jackson learned a lot about basketball from Fitch. This experience would later prove to be an influence on his coaching and playing career in the NBA.

Playing Career: Jackson's playing career began in 1967 when he was drafted by the New York Knicks. Jackson won over the fans because of his work ethic, but he was a substitute who had very little playing time. Eventually, he was part of the Knicks team that won the title in 1973. After the Knicks won the title, several key players retired. This allowed Jackson to move into the starting lineup for the first time. This continued until 1978 when Jackson played for the New Jersey Jets for two seasons. In 1980, Jackson retired from professional basketball.

Coaching Career: Jackson wasted no time in getting started with his coaching career. Eventually, he established a reputation for himself as a coach in Peurto Rico's professional league. Jackson's NBA career began in 1987 when he was hired as an assistant coach for the Chicago Bulls. Two years later, he was promoted to head coach. He quickly became one of the biggest proponents of Tex Winter's triangle offense. The tactic proved successful, and he led the Bulls to six championship titles, including two separate three-year championship runs.

Underneath the surface, tension was building between Jackson and general manager Jerry Krause. Some believe that Krause felt upstaged by Jackson, as the general manager had gone through the trouble of actually building the star team. Eventually, Jackson was signed for the 1997-1998 season with Krause stressing he would not be rehired. At the end of the season, Jackson bitterly left the Bulls, vowing never to coach again.

However, Jackson changed his mind and coached the Lakers from 1999 to 2004. In his first season, he helped the team win the title. Over the course of this period, Jackson won two more titles with the Lakers. Eventually, conflicts within the team proved to be their downfall, and the Lakers lost the title in 2004 against the Pistons. At one point, Jackson demanded his $6 million contract be increased to $12 million. He had an offer from the Lakers, but he didn't act on it – which meant that the Lakers announced his departure.

Jackson initially left the Lakers in 2004, but he returned again in 2005 when his replacement coach had to quit because of health concerns. Although the Lakers failed to perform well initially, Jackson led them to a championship win in 2009. They repeated the feat in 2010, giving Jackson his eleventh championship title. Jackson's health then began to deteriorate after a prostate cancer diagnosis. He decided to postpone his surgery and coach for one more season. In 2011, he retired from coaching. 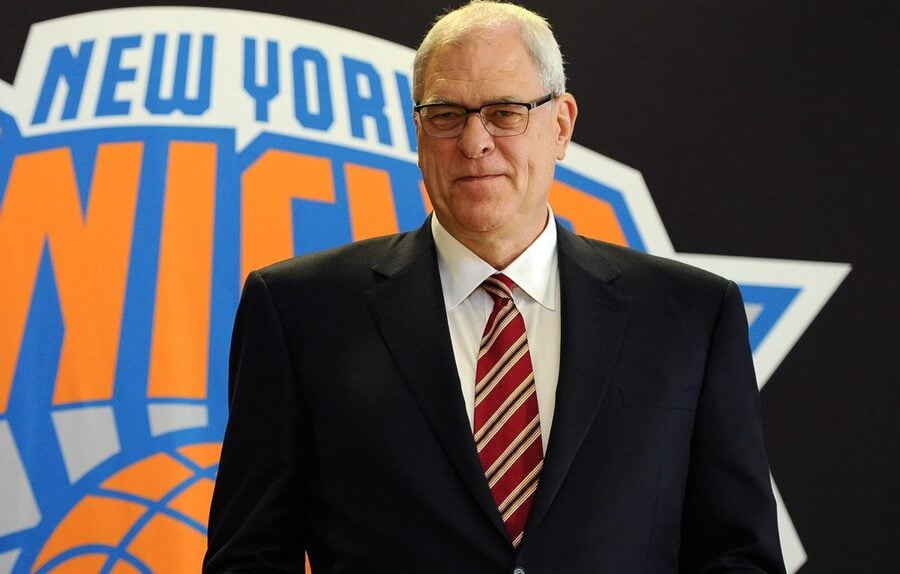 Executive Career: After coaching, Jackson became president of the New York Knicks with a 5-year, $60 million contract. Jackson began his tenure by firing the Knicks' entire coaching staff in 2014. However, the team would fail to perform well over the next few years – even with considerable adjustments made by Jackson. In 2015, the Knicks set an unwanted record having lost 13 games in a row. Things got even worse when they increased this streak to 16 losses in a row. Finally, in 2017, Jackson announced his departure from the Knicks. Behind closed doors, there was considerable tension between Jackson and Carmelo Anthony.

Personal Life: Phil Jackson married his first wife in 1967, but the marriage ended in divorce by 1972. He married his second wife in 1974 but this marriage would also end in divorce. One of his most notable romances was with Jeanie Buss, the daughter of Lakers owner Jerry Buss. He met Jeanie in 1999, and in 2013 they became engaged. In 2016, they called off the engagement. Phil Jackson has five children and eight grandchildren.

Jackson frequently aligned himself with the "counterculture" of the 60s and 70s. He has admitted to taking LSD, Marijuana, and other drugs. He has stated that he doesn't believe people should be sent to prison for using marijuana, although he is also critical of various legalization attempts, as he claims the legislation is often poorly written.

Salary and Contracts: During his 9-years coaching career with the Bulls (winning six championships), Phil made a total of $9 million. After leaving the Bulls, Jackson took a brief break from the NBA, only to return in June 1999 with a $30 million five-year contract with the Lakers.

Phil earned $11 million per year as President of the Knicks before they parted ways in June of 2017. In just over three years working with the Knicks organization, Phil earned $60 million.

Real Estate: Upon moving to LA in 1999, Phil paid $1.8 million for an ocean-view home in Marina Del Rey, California.

In 2014, the same year he signed a $60 million contract to become President of the Knicks, Phil paid $4.85 million for a midtown New York City apartment. He listed the apartment for sale in 2017 for $5 million and sold it at asking in January 2018.

For over 40 years he has owned a lake-front property in Montana which for most of his life has served as his summer home. At the time he purchased the property in 1973 it featured a modest cabin. He paid with the bonus money he earned from the Knicks Championship win that year. A few years later he built a much larger home that is his primary residence today. 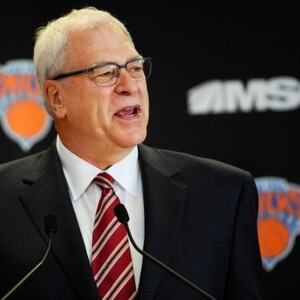