Paul Pierce Net Worth: Paul Pierce is a retired American professional basketball player who has a net worth of $70 million. In a career that spanned 1998 to 2018, Paul earned $198 million in NBA salary alone. That's enough to make him one of the 25 highest-paid players in NBA history in terms of total career earnings. He earned tens of millions more from endorsements. At his peak in the 2009-2010 era, Paul earned $19 million in NBA salary plus $3-4 million per year from endorsements.

Paul Pierce was born on October 13, 1977 in Oakland, California. Pierce was a high school McDonald's All-American. He then earned All-American first team honors in his junior year at Kansas.

He was the 10th overall pick at the 1998 NBA draft. He was drafted by the Boston Celtics and would go on to spend the next 15 years with the team. He was a ten-time All-Star. He led Boston to the NBA Finals in 2008 and 2010, winning the 2008 NBA Finals. He was named the 2008 NBA Finals MVP in his first trip to the NBA Finals. Pierce is one of only three players, alongside Larry Bird and John Havlicek, to have scored over 20,000 points in their career with the Celtics alone. Pierce holds the Celtics' record for most three-point field goals made as well. He ranks third in team history in games played, second in points scored, seventh in total rebounds, fifth in total assists and first in total steals. His nickname "The Truth" was given to him by player Shaquille O'Neal after a 112-107 Lakers' victory over the Celtics on March 13, 2001 in which Pierce scored 42 points on 13 of 19 shots.

On September 25, 2000, Pierce was stabbed 11 times in the face, neck and back and had a bottle smashed over his head while at the Buzz Club in the Boston Theater District. He was rushed to the hospital where he underwent lung surgery to repair the damage. Witnesses say Pierce was attempting to separate the fighters when he was stabbed.

In August 2017, Paul was hired to be a studio analyst for ESPN. He was fired by ESPN in April 2021 after posting a racy video to Instagram featuring two scantily clad women. 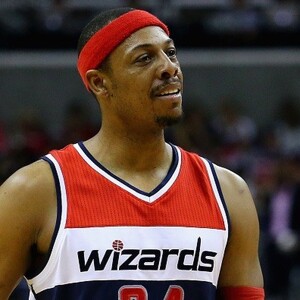