Paul Millsap net worth and salary: Paul Millsap is an American professional basketball player who has a net worth of $45 million. Paul Millsap was born in Monroe, Louisiana in February 1985. He is a 6'8″ power forward who was named Louisiana Mr. Basketball at Grambling High School. Millsap played his college basketball for Louisiana Tech where he was named First-team All-WAC twice and was a three time NCAA rebounding leader.

Millsap was inducted into the Louisiana Tech Athletic Hall of Fame in 2011.  He was the #47 overall pick by the Utah Jazz in the 2006 NBA Draft. Millsap played for the Jazz from 2006 to 2013 and has played for the Atlanta Hawks since 2013. He was selected to the NBA All-Rookie Second Team in 2007 and the NBA All-Defensive Second Team in 2016. Millsap is a four time NBA All-Star from 2014 to 2017. In 2015 he signed a three-year deal with Atlanta for $59 million. In 2017, he signed a three-year $90 million deal with the Denver Nuggets. During the 2018 season, Paul will be paid $30 million in base salary and will therefore be one of the highest paid players in the league. Between June 2017 and June 2018, Paul Millsap earned $32 million from salary and endorsements. 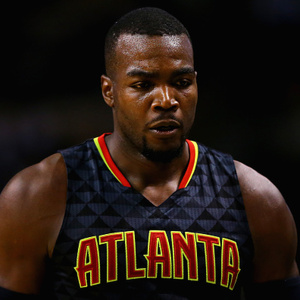