What is Paul George's Net Worth and Salary?

Paul George is an American professional basketball player who has a net worth of $110 million. Also known by fans as "PG13," George is a seven-time NBA All-Star and has achieved considerable heights during his playing career. After playing college ball at Fresno State, he was selected by the Indiana Pacers during the 2010 NBA Draft.

Paul established himself as a talented rookie, although his career took a turn after he suffered a broken leg in 2014. By 2016, he had made his comeback, earning All-Star honors once again. In 2017, he was traded to the Oklahoma City Thunder before being traded to the Clippers in 2019. Outside of the NBA, George has an Olympic Gold Medal under his belt.

Clifton Anthony George was born on May 2nd of 1990 in Palmdale, California. Raised alongside two older sisters who played basketball, and he was a big fan of the Lakers and the Clippers as a child. When he attended high school, George joined his first organized basketball team. During this period, he started to establish himself as a skilled athlete.

Although he wasn't considered a major prospect by most universities across the nation, Paul had offers from Santa Clara University and Pepperdine University. He ultimately chose Fresno State because he thought that he would have more playing time. During his two-year stint at college, George made a name for himself with a number of impressive performances. He even gained the title of "the most entertaining player in the West region."

By 2010, Paul George was ready to join the NBA. He made himself eligible for the 2010 NBA draft and was selected tenth overall by the Indiana Pacers. That year, the Pacers made it to the playoffs, but they lost to the Chicago Bulls. Next season, the Pacers lost once again in the playoffs, this time to the Miami Heat.

By the 2012-2013 season, Paul had been shifted from shooting guard to small forward. His defensive and offensive capabilities became an integral part of the Pacers' strategy from this point onward, and he gained the NBA Most Improved Player. In 2013, George extended his contract with the Pacers as the team made him their designated player. Unfortunately, the team was eliminated from the Eastern Conference Finals by the Miami Heat once again.

In 2014, George joined the training camp for the US national team in preparation for the FIBA Basketball World Cup. Unfortunately, he suffered a broken leg during the training camp, which led him to miss almost all of the 2014-2015 season. Although he returned earlier than expected, it wasn't until the 2015-2016 that George had his full comeback. That year, he also won a medal at the 2016 Summer Olympics.

Although George started off as a shooting guard, he later took the role of small forward. Over the years, Paul has significantly improved his ball handling skills, and this is one of the factors that led to him winning the NBA Most Improved Player Award. His defensive skills are especially noteworthy, and today he is considered one of the best perimeter defenders in the NBA. Other than that, George is celebrated by fans for his dunking abilities.

In 2010, George signed a two-year, $3.9-million contract with the Indiana Pacers when he first joined the NBA. Between June 2017 and June 2018, Paul George earned a total of $30 million between salary and endorsements. That was enough to make him one of the highest-paid basketball players on the planet. He earns about $8 million per year from endorsements.

Heading into the 2022 season his salary of $39.3 million made him the seventh highest-paid player in the NBA. 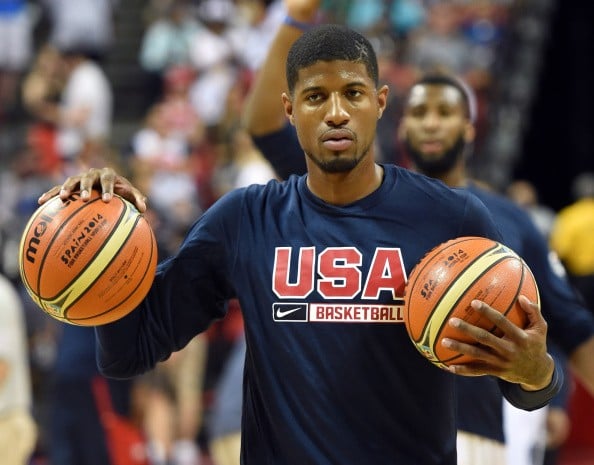 On December 10th of 2020, George signed a 5-year, maximum contract extension that could be worth up to $226 million if all incentives are hit. If he hits no incentives, the contract is worth $190 million. Under this new deal, his average annual NBA salary jumped from $33 million to $47.5 million. Paul's average annual salary rose to $47.5 million by the start of 2020, and that's not even taking into account his income from endorsements. He earns an additional $8-10 million per year from endorsements.

In September 2019 Paul paid $16 million for a home in LA's Pacific Palisades neighborhood. The home was previously owned by fellow NBA star DeAndre Jordan, who bought it in 2015 for $12.7 million. The residence features 10,000 square feet of living space and seven bathrooms. There is also a temperature-controlled wine room, a pool with a waterfall, excellent views of the Pacific Ocean, and of course a basketball court.

In 2020, it was revealed that Paul had sold his home in Hidden Hills to none other than French Montana, the famous musician. He sold the home for $8.4 million, accepting a modest profit of $1 million despite it being sold for well under the initial asking price. 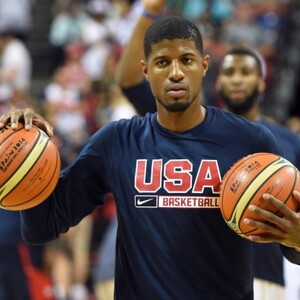