Patty Mills net worth and salary: Patty Mills is an Australian professional basketball player who has a net worth of $8 million. Patty Mills, also known as Patrick Sammy Mills, was born in Canberra, Australia, and grew up playing basketball on the first indigenous Australian basketball team, The Shadows. His parents started the team.

He went on to attend Marist College Canberra for high school, where he distinguished himself as both a basketball and Australian rules football player. He was heavily recruited by multiple Australian rules football teams, but ultimately chose to accept a scholarship to the Australian Institute of Sport, to play basketball. He received a number of national Australian sports honors before he even completed his schooling. He relocated to the United States to play basketball for Saint Mary's College of California, and in 2009, the Portland Trail Blazers drafted him. He played for the Trailblazers from 2009-2011. He then spent part of a season with the Melbourne Tigers and the Xinjiang Flying Tigers during the NBA Lockout. He began playing for the San Antonio Spurs in 2012 and was part of the 2014 NBA Champion team. 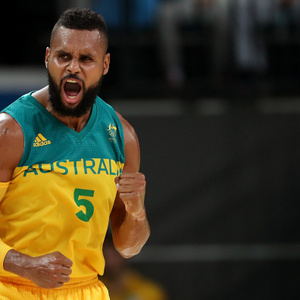