Patrick Beverley net worth: Patrick Beverley is an American professional basketball player who has a net worth of $13 million. Patrick Beverley was born in Chicago, Illinois in July 1988. He is a 6'1″ point guard who played at Waubonsie Valley and John Marshall Metropolitan High Schools. Beverley played his college basketball at Arkansas where he was the SEC Freshman of the Year, second-team All-SEC, and SEC All-Freshman Team in 2007.

He was drafted #42 overall by the Los Angeles Lakers in the 2009 NBA Draft but played in the Ukraine and Greece. Patrick Beverley played for the Miami Heat in 2010 and then played in Russia. He played for the Houston Rockets from 2013 to 2017 and joined the Los Angeles Clippers in 2017. Beverley was named to the NBA All-Defensive First Team in 2017 and the NBA All-Defensive Second Team in 2014. He was the NBA All-Star Weekend Skills Challenge champion in 2015. He won the EuroCup MVP in 2012 and the Russian Cup in 2011 as well as the Greek Cup in 2010. In 2015 he signed a four year deal with the Rockets for $23 million. 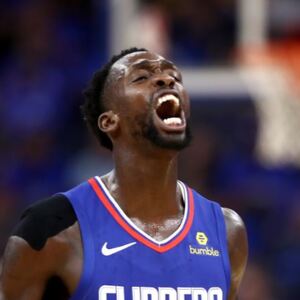