Oscar Robertson net worth: Oscar Robertson is an American retired professional basketball player who has a net worth of $200 thousand dollars. Oscar Robertson was born in Charlotte, Tennessee, and grew up in Indianapolis, Indiana. His family was unable to afford a basketball, so he practiced using tennis balls, rags bound with rubber bands, and a peach basket. He was a standout player in high school, and helped lead his school, Crispus Attucks, to a state championship in 1955. It was the first state championship won by an all-black school in the United States. He went on to be named "Mr. Basketball" in Indiana in 1956. He then played college basketball for the University of Cincinnati, where he set multiple records, but also had to deal with intense racism while on the road with the team. After graduating, he played for the Cincinnati Royals from 1960 to 1970 and for the Milwaukee Bucks from 1970-1974. He won every major basketball award possible during his fourteen-year career, including Rookie of the Year, NBA Most Valuable Player, and a 1971 NBA Championship. He was part of the Gold Medal winning 1960 Olympic basketball team. He won the first two NCAA Division I Player of the Year Awards ever handed out. In 1998, the honor was renamed the Oscar Robertson Trophy.

Financial problems: In 1981 he founded a chemical company called Orchem. Unfortunately the business went belly-up in 2012.  In July 2018 it was revealed that Oscar Robertson owed $200,000 in back taxes and $2.4 million in bank loans. As a result, he launched an auction to raise funds by selling some of his most prized basketball memorabilia. The auction items include his 1971 NBA Championship ring, his Basketball Hall of Fame ring and induction trophy, plus all 12 of his NBA All-Star rings. 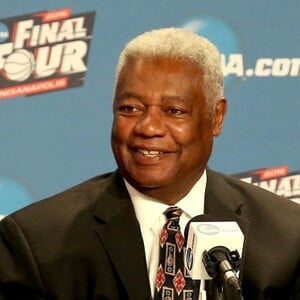