Omer Asik Net Worth: Omer Asik is a Turkish professional basketball player who has a net worth of $8 million. Omer Asik was born in Bursa, Turkey in July 1986. Asik is a 7'0″ center. He started his professional career playing for Fenerbahce in Turkey in 2005 and also played for FMV Isik Spor Kulubu and Alpella in Turkey. Asik was a two time Turkish Basketball League All-Star and won the TBL Championship in 2008. Omer was drafted #36 by the Portland Trail Blazers in the 2008 NBA Draft. He was immediately traded to the Chicago Bulls after being drafted. Asik played for Chicago from 2010 to 2012. In 2012 he signed a three year deal worth $25.1 million with the Houston Rockets. In 2014 Asik was traded to the New Orleans Pelicans. Omer also competes for Turkey in international competition. In 2010 he won a Silver medal at the 2010 FIBA World Championships. 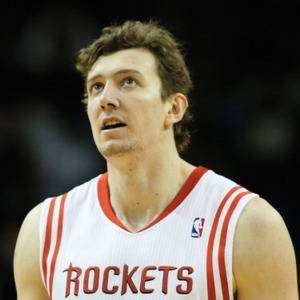