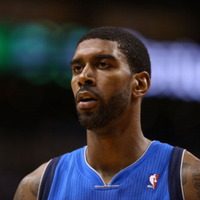 O.J. Mayo net worth: O.J. Mayo is an American professional basketball player who has a net worth of $5 million. O.J. Mayo was born in Huntington, West Virginia in November 1987. He is a 6'4″ shooting guard who played at Rose Hill Christian, North College Hill, and Huntington high schools and was a two time first-team Parade All-American. Mayo played his college basketball at USC where he was first-team All-Pac-10 as well as Pac-10 All-Defensive team and Pac-10 All-Freshman team in 2008. O. J. Mayo was drafted #3 overall by the Minnesota Timberwolves in the 2008 NBA Draft. He played for the Memphis Grizzlies from 2008 to 2012. Mayo played for the Dallas Mavericks from 2012 to 2013 and the Milwaukee Bucks from 2013 to 2016. He went on to play in Puerto Rico and Taiwan. O. J. Mayo was named to the NBA All-Rookie First Team in 2009.

O.J. Mayo Financial Issues and Controversies: Despite having earned around $45 million in salary alone while playing in the NBA, in recent years O.J. has experienced some controversy on and off the court. In 2016 he was banned for two years from the NBA after failing a drug test. Even before joining the NBA he ran into trouble while still in college. While at USC he received gifts that violated his amateur status and eventually caused the school to have 21 wins vacated. In February 2019 O.J. reportedly lost a house to foreclosure.