Nick Young Net Worth and salary: Nick Young is an American professional basketball player who has a net worth of $25 million dollars. Nick Young is a popular NBA player for having played with multiple teams, including the LA Lakers and the Golden State Warriors, but he has also gained a tremendous amount of popularity and exposure as former boyfriend and fiancée of popular music artist Iggy Azalea.

Early Life: Nick Young was born in Los Angeles, California in 1985 to parents Charles and Mae Young. Nick Young started playing basketball at an early age and would play for Cleveland High School during his formative years. Once Young rose to the collegiate playing level, he would play for the USC Trojans.

College Career: Young would end up playing for the Trojans from 2004-2007. He would earn a spot on the All-Pac-10 First Team during both the 2005–06 as well as the 2006–07 seasons. Over the course of the 2007 NCAA Tournament, Young would help lead the fifth-seeded Trojans to the Sweet Sixteen, during which they lost to one-seeded North Carolina (74–64). During a quite memorable game/performance, Young would lead the Trojans in scoring with 22 points when they played the Texas Longhorns in an 87–68 victory. At the time, the Longhorns featured National Player of the Year, Kevin Durant (although Durant himself would end up scoring 30 points).

In lieu of finishing out his college career, Young took advantage of an opportunity to play with the Washington Wizards NBA team.

NBA Career: Nick Young has had an interesting NBA career, to say the least, playing for multiple topflight teams, including the LA Clippers, the Philadelphia 76ers, LA Lakers, not to mention the Golden State Warriors during their heralded 2018 championship season.

Although Young was considered a top recruit during high school days and college ball days, the two-time All-Pac-10 first teamer appeared in just one Sweet Sixteen with his Trojans team before opting to go pro after his junior year. The Washington Wizards selected him with the 16th overall pick of the 2007 NBA Draft and he started his first game later that year. He was part of a controversy stemming from accusations that teammate Gilbert Arenas brought guns into the locker room; Young was seen making guns with his fingers and pointing them at teammates. For his actions, he was forced to cough up a ten-thousand-dollar fine.

In 2012, Young would be traded to the Los Angeles Clippers, who clinched a playoff berth that year. Following the season, Young signed a one-year contract with the Philadelphia 76ers. In 2013, he opted to sign with the Los Angeles Lakers.

Nick Young's "Swaggy P" nickname has followed him throughout his interesting NBA career. For the LA Lakers, Young was playing under a $21.5 million contract. During a Laker training camp, Young ended up suffering a major injury — a radial collateral ligament tear which affected his right thumb. Young would be expected to miss at least 8 weeks. Young would miss the first ten games but would make his season debut on November 18 against a competitive Atlanta Hawks team. Young would end up recording 17 points in a 114–109 Laker win. Injury would continue to affect Young's playing. On November 30, 2016, Young would be ruled out for 2-4 weeks after straining his right calf muscle. However, this did not stop Young from producing once he made his return. On December 17, 2016, Young made a remarkable 8 three-pointers in a game, scoring 32 points during a substantial loss to the Cleveland Cavaliers. That December through early January, Young hit a major hot streak from behind the 3-point line, connecting from long range on 36 occasions in just 8 games, which happened to be the most 3-pointers made during an eight-game stretch by any Laker in franchise history. Even despite his range, in April of 2017, Young was benched by the Lakers for their remaining regular season, which consisted of 5 games. After this, Young decided to become an unrestricted free agent. 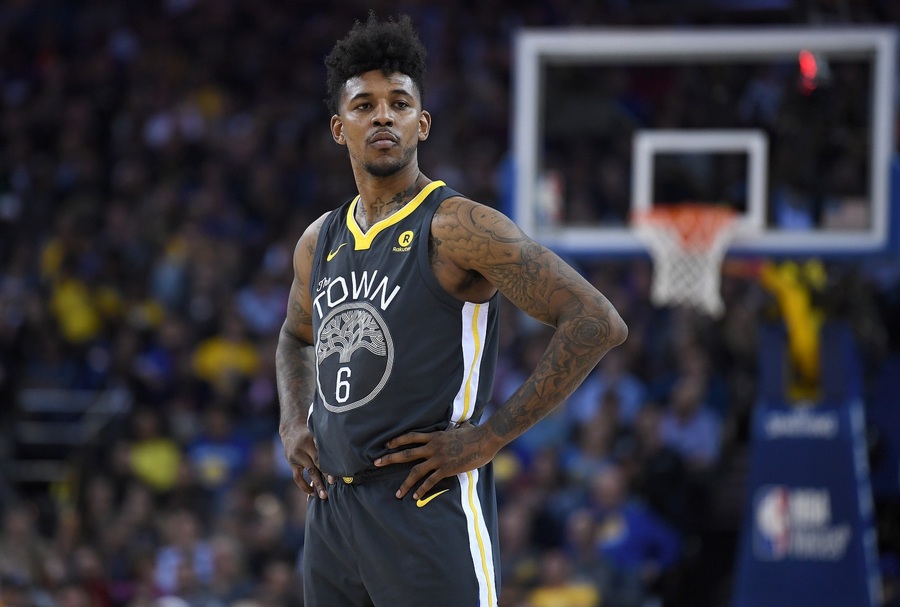 During the summer of 2017, Young would sign on with the topflight Golden State Warriors as a role player. During his debut game for the Dubs, Young rose to the occasion, hitting 6 3-pointers during a close game which resulted in a 122–121 loss to the Houston Rockets. Young would continue to be a player that the team could turn to throughout the rest of the season as he assisted the Warriors in defeating the Cleveland Cavaliers in a four-game sweep during the 2018 NBA Finals.

Personal Life: Young is featured on the documentary "Second Chance Season", where his exploits, successes, not to mention shortcomings are further analyzed. Young continues to go by the nickname "Swaggy P", garnering a reputation as a dynamic player on the court, but also in his social dealings. He was once dating Australian musician Iggy Azalea — Azalea would confirm their relationship in 2014, although the two have since been engaged and separated.

Young continues to stay active with humanitarian causes in addition to basketball, founding the Nick Young Foundation, an organization which aims to help fight gang violence, not to mention provide support for gang violence victims through psychiatric services. Young has also voiced his intentions of offering his expertise as a basketball coach to underprivileged children. 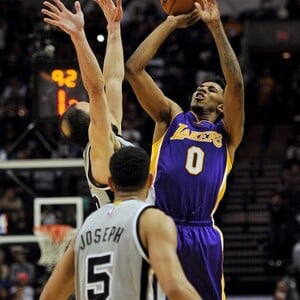