Nick Van Exel Net Worth: Nick Van Exel is an American (retired) professional basketball player who has a net worth of $40 million. Nick Van Exel was born November 27, 1971 in Kenosha, Wisconsin. At 6′ 1″ tall and 170 lbs, left-handed point guard Nick Van Exel was most well known for his flashy style of playing and his ability to hit critical shots during games.

At private school in Kenosha, Wisconsin, Van Exel played basketball between 1987 and 1989 and was named to the Associated Press all-state team as a senior. His grades weren't quite up to par when it came to qualifying for higher education, so he attended a community college for two years and really applied himself-enough to make the grade at the University of Cincinnati, where he played basketball under coach Bob Huggins. As their point guard, Van Exel averaged 12.3 points and 2.9 assists per game and the Bearcats won their league tournament, four NCAA tournament games and advanced to the NCAA Final Four. During his 13-year professional career, Van Exel played for the San Antonio Spurs, Portland Trail Blazers, Golden State Warriors, Dallas Mavericks, Denver Nuggets and Los Angeles Lakers. After retiring as a player, Texas Southern University hired Nick Van Exel as an assistant coach to the Tigers' men's basketball team on October 15, 2009. On September 8, 2010, the Atlanta Hawks hired Van Exel as a player development instructor. Nick Van Exel remained in that position for the 2010-11, 2011-12, and 2012-13 seasons. In 2013-14, he was brought on as an assistant coach for the Milwaukee Bucks. 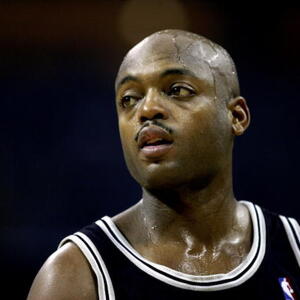